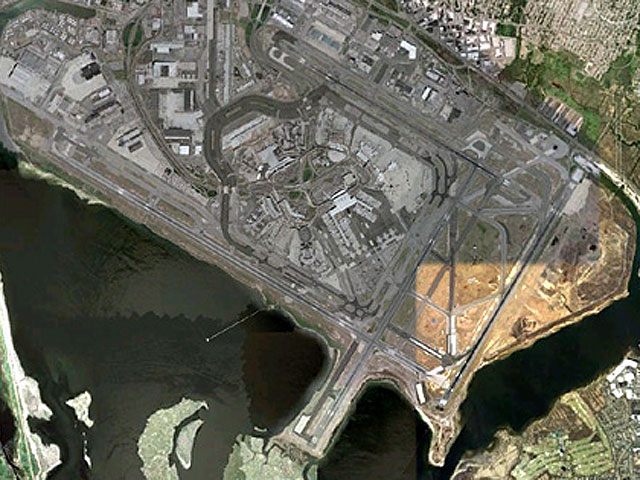 Daniel Castillo, 31, swam to shore and then walked past motion sensors and closed-circuit cameras of the airport's state-of-the-art Perimeter Intrusion Detection System, according to the New York Post.

The man climbed an 8-foot-tall perimeter fence and made his way to Terminal 3.

He approached a Delta Airlines worker, who alerted authorities.

The Port Authority of New York and New Jersey is investigating and said it has increased patrols on the ground and in the water.

The agency says it plans to meet with the security system's maker this week.

"We have called for an expedited review of the incident and a complete investigation to determine how Raytheon's perimeter intrusion detection system -- which exceeds federal requirements -- could be improved," the agency said in a statement. "Our goal is to keep the region's airports safe and secure at all times."

Castillo was charged with criminal trespass. According to the Post, he had been drinking with friends when several of them decided to race their jet skis. Castillo became separated from the group in the darkness, after which his jet ski became disabled. He swam three miles to shore.