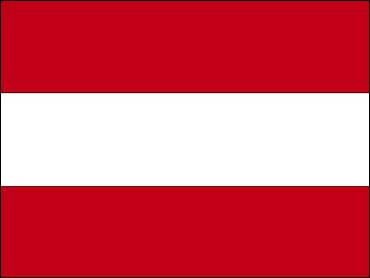 A 20-year-old Romanian who said he was looking for work hid himself in the wheel well of a jet parked at Vienna's airport and survived a 1½-hour flight to London because the plane was flying low due to bad weather, Austrian and British police and media said Wednesday.

The man told British authorities that he crawled "under the wire" of the fence surrounding the airport and climbed into the undercarriage of the private Boeing 747 that was parked near the construction site of a new terminal, Schwechat police chief Leo Lauber said.

Lauber says the jet belonged to a high-ranking sheik from the United Arab Emirates and took off from the Austrian capital Sunday night without any passengers on board.

After landing at Heathrow, Lauber said the man - who claimed he was looking for a job - apparently fell out of the gear's compartment and was apprehended by local police.

A spokesman for London's Metropolitan Police, which handles Heathrow Airport, said the man was arrested and remains in custody at Heathrow's police station.

The man's medical condition was not immediately clear.

Austria's daily Kurier newspaper reported, without citing a source, that the man may have survived because the aircraft flew "well below 10,000 meters" due to a bad weather front. The flight took about an hour and a half, Lauber said.

Other stowaways have not made it to their destinations alive.

In February, a man's body was found inside the landing gear compartment of a Delta Air Lines plane after it landed in Tokyo from New York. It had no visible injuries except frostbite and may have died of hypothermia, authorities said. In 2007, a man was found dead in the nose gear wheel well on a United Airlines flight that arrived in San Francisco from Shanghai.

Vienna airport spokesman Paul Kleemann said an investigation into the incident is under way.