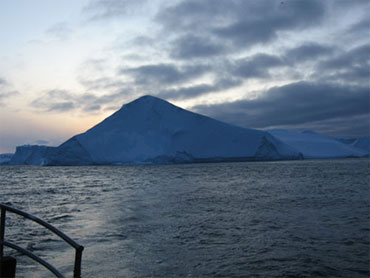 Fifteen adventure tourists who were missing after a storm in eastern Greenland have been found and are apparently safe and sound, police said Wednesday.

"The police helicopter has spotted them and it seems that they are all OK," police spokesman Morten Nielsen told The Associated Press by telephone from Nuuk, the capital of Greenland.

In western Greenland, meanwhile, one Norwegian tourist was found dead and two others are still missing from a fishing trip.

Rescuers had been searching for the missing group of kayakers by air and sea in the Arctic wilderness near the settlement of Illoqqortoormiut (ee-lor-KOO-toor-mee-oot).

Authorities said 27 people had been kayaking in small groups Tuesday in a vast fjord system when a sudden storm hit the area. Twelve of them, including six Germans, were found Tuesday.

Some of the kayakers were rescued safely even after capsizing in the frigid water, Nielsen said.

Rescuers had no contact with the other 15, whose nationalities were not immediately known, until they were spotted Wednesday by the police helicopter.

Illoqqortoormiut is 280 miles north of the Arctic Circle.

Nielsen said rescuers would now focus on the search for the two Norwegians still missing in western Greenland. Their colleague's body was in a river, he said.

Greenland, a semiautonomous Danish territory, attracts summertime adventure tourists who go hiking in its snowcapped mountains and kayaking in fjords with majestic icebergs. In 2009 more than 40,000 tourists visited Greenland, most of them in the summer, according to official statistics.

The vistas are stunning but the treks can be dangerous. Weather conditions change rapidly and rescue services are limited.

"We have a lot of search operations every year, both at sea and on land," Nielsen said. "We have a few people who go missing and who we never find again. Greenland is huge."