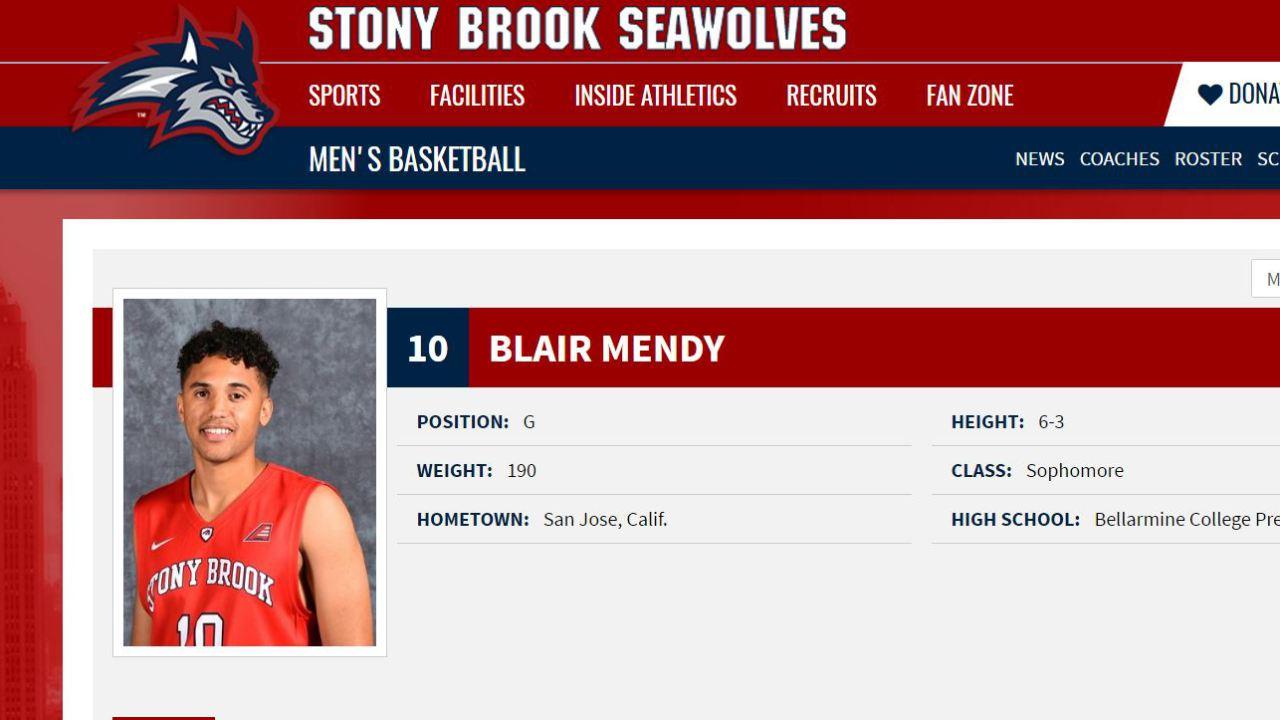 The 22-year-old Stony Brook sophomore from San Jose is expected to be arraigned on Thursday. It wasn’t clear if he had a lawyer who could comment.

Lenahan on Wednesday provided no other details on the case.

Mendy’s father told Newsday he couldn’t believe the charges. He said he taught his son to be a gentleman, treat ladies well and to always make the right choice.

Mendy graduated from Bellarmine College Prep, in San Jose, according to the university’s sports website. The all-male Jesuit high school has produced many professional athletes.