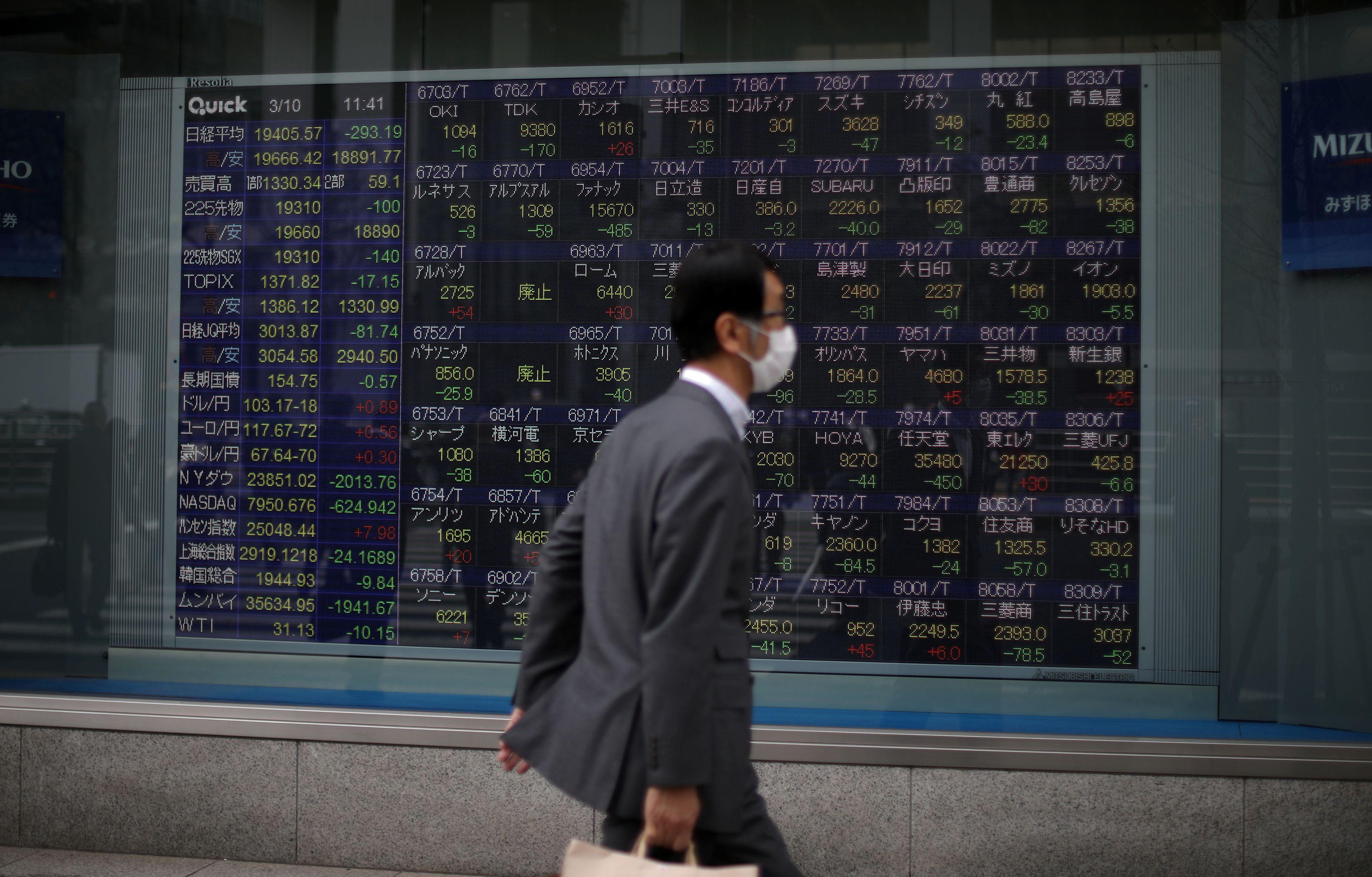 Global stock markets rebounded Tuesday from record-setting declines after President Trump said he would ask Congress for a tax cut and other measures to ease the pain of the spreading coronavirus outbreak. Wall Street futures were surging. Oil prices also recovered some of the losses from Monday's record-setting plunge.

On Wall Street, which suffered its biggest one-day drop since the 2008 global crisis on Monday, futures for the benchmark S&P 500 index picked up 3.9%. Dow Jones Industrial Average futures were more than 1,000 points higher as of 6:05 a.m. EDT Tuesday.

Monday's global selloff reflected alarm over mounting economic damage from the coronavirus that emerged in China in December. Anti-disease controls that shut down Chinese factories are spreading as the United States and European countries close schools, cancel public events and impose travel controls.

Anxiety mounted after Italy, the hardest-hit place in Europe, said travel controls imposed earlier on its north would be extended nationwide. Ireland canceled St. Patrick's Day parades and Israel ordered visitors quarantined ahead of Passover and Easter, one of the busiest travel periods of the year.

The mounting losses and a flight by investors into the safe haven of bonds have fueled warnings the global economy, which already was showing signs of cooling, might be headed into a recession.

The drop in U.S. stock prices was so sharp it triggered Wall Street's first trading halt in more than two decades. But Mr. Trump saying he will seek relief for workers as ripple effects of the outbreak spread gave some investors an excuse to resume buying.

"This is not like the financial crisis where we don't know the end is in sight," said Treasury Secretary Steven Mnuchin. "This is about providing proper tools and liquidity to get through the next few months."

While the crisis is easing in China, where the virus was first detected, fast-growing clusters have turned up in South Korea, Japan, Iran and Italy, and the caseload is growing in the United States.

For most people, the coronavirus causes only mild or moderate symptoms, such as fever and cough. For some, especially older adults and people with existing health problems, it can cause more severe illness, including pneumonia. The vast majority of people recover from the virus, as has already happened with about three-quarters of those infected in China.

Oil prices plunged 25% after Russia refused to roll back production in response to virus-depressed demand. Saudi Arabia signaled it will ramp up its own output.

Stock markets usually welcome lower energy costs for consumers and businesses. But the decline cuts into revenue for producers, including the United States. And the abrupt drop, coming amid virus fears, rattled investors.

The S&P dropped 7.4% in the first few minutes of trading, triggering an automatic 15-minute market-wide trading halt. That has happened only once before, in 1997.

"Right now, it's all-out panic," said Phil Flynn of Price futures Group. "I think the situation is going to improve when cooler heads prevail, but it's going to be a rocky road for the next couple of weeks."

European stock indexes already are in a bear market after recording their biggest declines since the 2008 crisis.

Central banks in the United States, China and other countries have cut interest rates to try to shore up economic activity. But economists warn that while rate cuts might help to buoy consumer demand, they cannot reopen factories that are closed due to quarantines or lack of workers and raw materials.