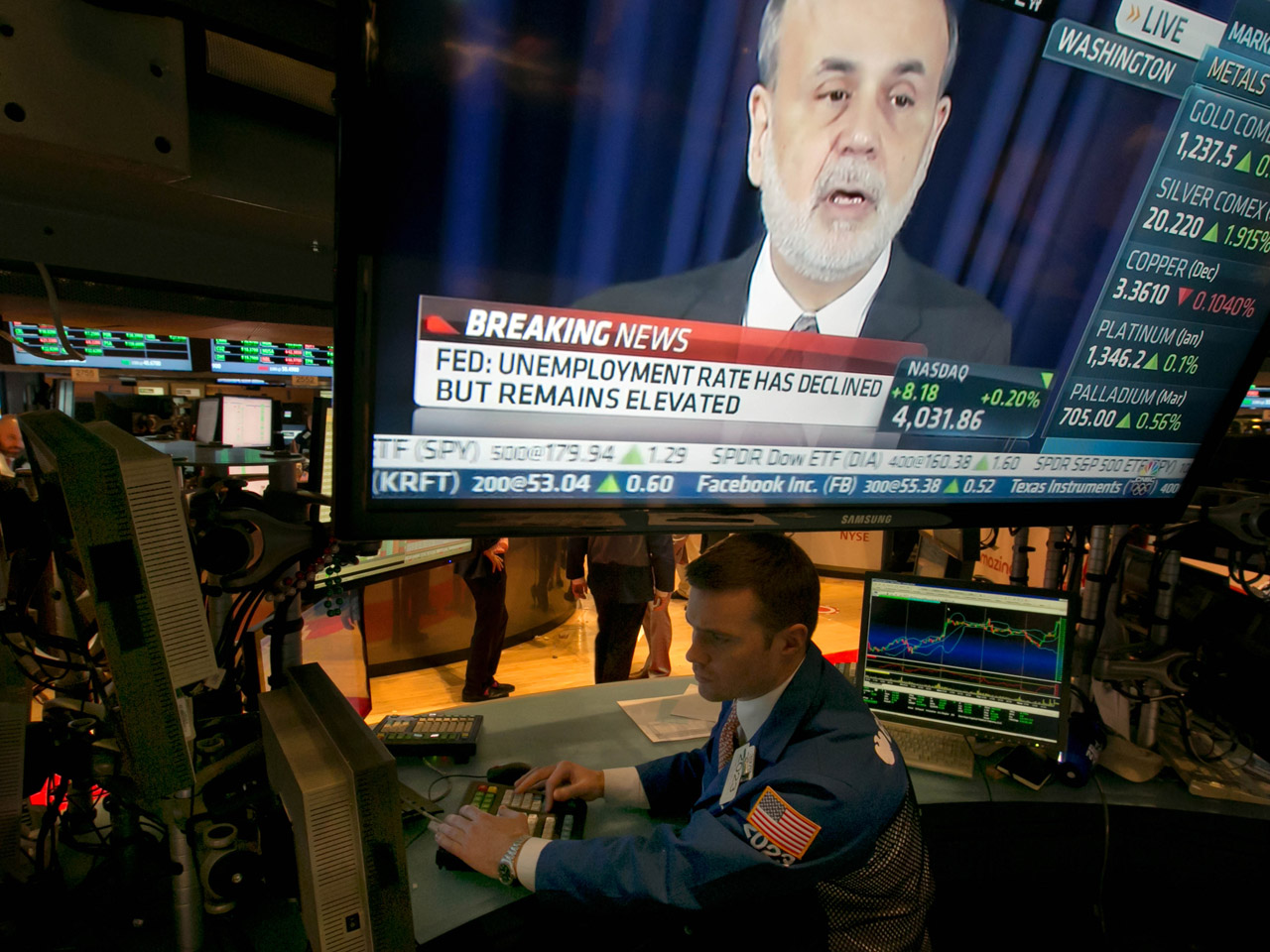 Financial markets are responding favorably, at least for now, to the Federal Reserve's announcement on Wednesday that it is ready to start pulling back on its monthly bond purchases.

The central bank is tapering the pace of monthly purchases for its ongoing bond purchase program -- the third iteration of this strategy since the financial crisis -- $10 billion, to $75 billion, with additional cuts likely throughout 2014 as the economy and job market improves.

Although most Wall Street economists didn't believe action would be taken now (the consensus put the first taper sometime in early 2014), the Fed was running out of excuses for delaying -- as it did to great surprise in September. Only 24 of 68 economists tracked by Bloomberg expected a taper move, despite the fact that Fed chairman Ben Bernanke said over the summer that he expected the unemployment rate to be around 7 percent when the latest round of quantitative easing, or QE3, eventually ended.

The jobless rate is now at 7 percent, and yet the Fed is only now beginning to take baby steps towards normalizing its policy stance.

Moreover, the taper is being accompanied by an easing of "forward guidance" -- the promise to hold short-term interest rates lower for longer as a way to ease financial market nerves that were rubbed raw back in May when Bernanke first hinted that the beginning of the end of QE3 was on the horizon.

Previously, Bernanke had pointed to a 6.5 percent unemployment rate as a threshold that would start the process of raising short-term interest rates, which have been held near zero since 2008. Today, the Fed changed its language to suggest the jobless rate would need to fall "well past" the 6.5 percent level, and inflation would need to increase back towards its 2 percent target, before rate hikes would be in play.

In their individual forecasts, 12 of 17 Fed officials do not see the first short-term interest rate hike happening until 2015. By then, they expect the unemployment rate to be in a range of 6.1 percent to 5.8 percent. That's not far from the 5.2 percent to 5.8 percent range the Fed sees as signifying full employment for the economy.

So, putting it all together, what does it all mean?

While the Fed remains extremely accomodative in its monetary policy stance, for a variety of reasons it was forced to pull back on the bond buying. There are a number of reasons for this.

For one, the fiscal drag from higher taxes and lower spending out of Washington is diminishing as the hangover from the fiscal cliff deal at the start of the year fades. The threat of another government shutdown in January also has waned following the bipartisan budget agreement hammered out in Congress.

Second, there are structural concerns starting to emerge, such as the fact the Fed already owns a third of all 10-year government bond equivalents and that its dominance of the Treasury market is starting to limit the supply of high quality bonds used as collateral for inter-bank lending. Plus, the supply of new Treasury bonds is drying up as the federal budget deficit closes.


Third, the job market is healing much faster than the Fed expected. The 7 percent unemployment rate threshold was hit sooner than they expected. And with the end of extended unemployment benefits in the recent budget deal, Societe Generale economists estimate the jobless rate could fall to 6.7 percent in January.

What of the market's enthusiastic reaction?

I'd be skeptical of any initial reaction to a Fed policy announcement. Indeed, while the market jumped in September on the no-taper decision, the rally was short-lived as stocks melted lower into October after other concerns emerged. It was the same story back in September 2012 when the Fed first announced QE3, with an initial blast higher giving way to a multi-month pullback.

The upshot: Give the market a day or two to settle before reaching a verdict.

Caution is especially warranted since the reaction seems to be predicated on the idea that, while it's taper time, the Fed change to its forward guidance language means short-term rates will be held lower for longer.

I don't think that will be the case given the signs of tightening that can already be seen in the job market. If it continues, not only will it drop the unemployment rate faster than the Fed anticipates, but the rise in wages will lift inflation as well.


The government's job openings and turnover data suggest the job market is further along in the healing process than is commonly believed. Consequently, a growing share of companies are reporting a harder time finding qualified applicants, increasingly looking at pay raises and holding on to workers by curbing layoffs.

Moreover, older workers seem to be the main cause of the precipitous drop in the labor force participation rate, suggesting older baby boomers are finally hanging it up. As a result, the pace of tapering could increase in coming months. And I'm skeptical we'll have to wait until 2015 to see our first rate hike.

Finally, ongoing tightening in the labor market will pressure corporate margins in a way we haven't seen since in this recovery just yet.

A combination of less monetary policy accommodation, the prospect of pinched margins and a possible debt ceiling fight in February are all concerns investors will slowly awaken to. This is especially true in the context of extended bullish positioning by investors, extreme sentiment levels, and months of narrowing buying interest in the market as fewer and fewer stocks participate in uptrends.

With that in mind, today's rebound -- which featured a 333 point reversal from the day's low -- looks like likely to fade.