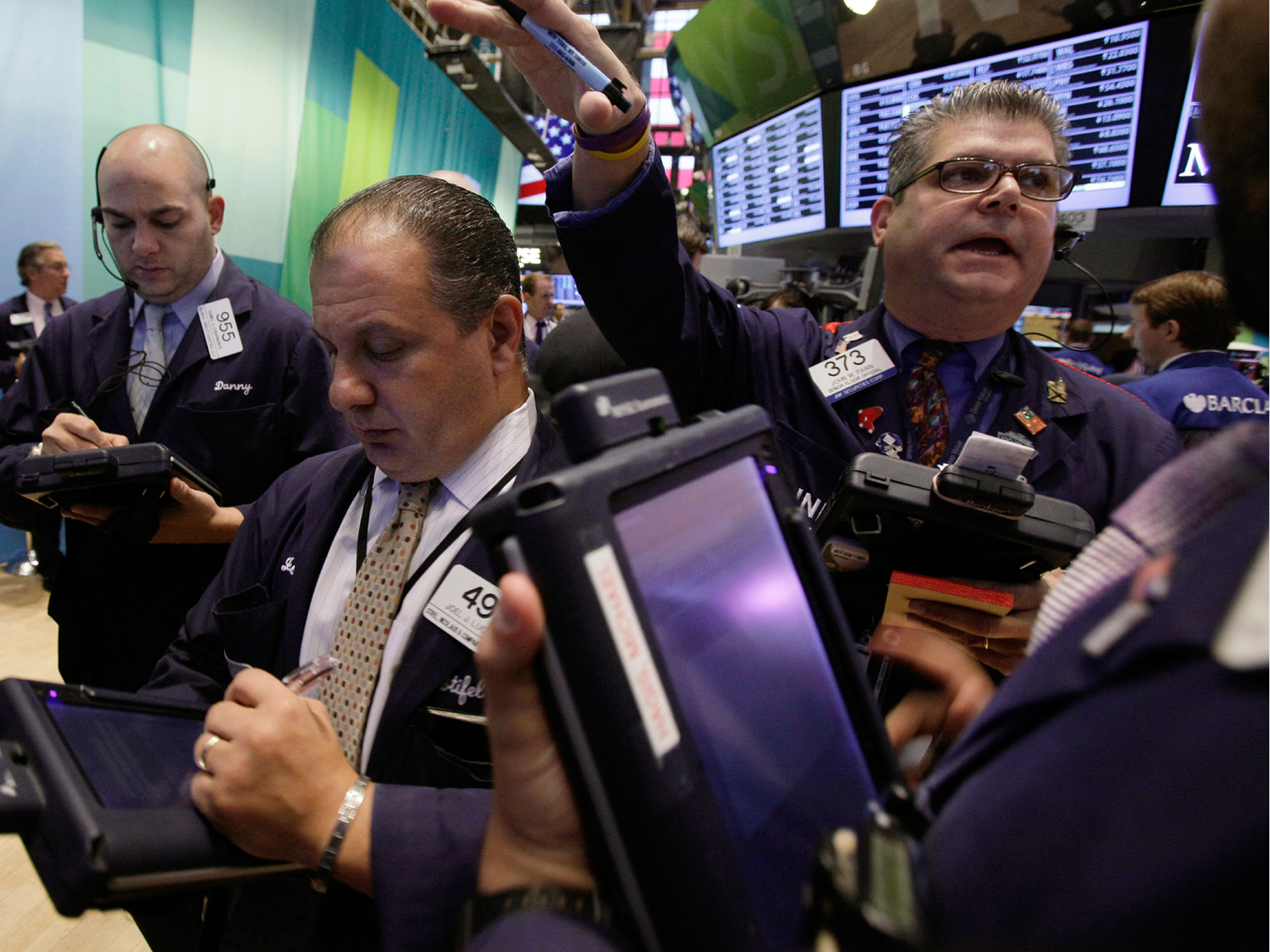 The day was shaping up to be among the worst of the year on Wall Street. The Dow's biggest decline was 274 points, on June 1.

3M (MMM), which makes everything from Scotch tape to coatings for LCD screens and is an economic bellwether, reduced its profit expectations for this year because of "current economic realities."

Xerox (XRX) plunged 8 percent, or 56 cents, to $6.47. Xerox's income dropped 12 percent in the third quarter following steep declines in sales for equipment, supplies and related products. The stock is off 19 percent so far this year.

Some of the disappointing revenue is because of weakness in foreign markets. Multinational companies are having a hard time selling to Europe, which is struggling under a debt crisis and a spreading recession.

The red-hot growth enjoyed by emerging markets like China and India is also slowing, and many businesses that had relied on growth there to offset weak U.S. consumer demand are being forced to come up with new strategies.

"The recession in Europe is very real," said Bernard Schoenfeld, senior investment strategist for Bank of New York Mellon Wealth Management in New York. "It's not going to disappear very quickly, and it will certainly negatively affect earnings of exporters in the United States."

Financial analysts have predicted that earnings for S&P 500 companies for July through September would be lower than the year before, breaking a three-year winning streak.

There was more bad news on manufacturing Tuesday from one of the regional branches of the Federal Reserve.

The Federal Reserve Bank of Richmond, Va., reported that manufacturing in the central Atlantic region "pulled back" in October following a slight improvement the month before. Manufacturers were also less optimistic about the next six months.

The price of crude oil fell $2.41 per barrel to $86.24. And as investors sold stocks, they bought bonds, driving yields lower. The yield on the benchmark 10-year U.S. Treasury note sank to 1.76 percent from 1.82 percent Monday.

Apple (AAPL) fell $6 to $628 ahead of the expected release of a smaller version of its iPad. Apple has the most sway among stocks in the S&P 500 and the Nasdaq composite and helped drive those indexes lower.

Materials stocks and energy companies fell the most in the broader market, each losing more than 2 percent.

Among other stocks making news:

- Xerox plunged 56 cents, or 8 percent, to $6.47. Xerox's income dropped 12 percent in the third quarter following steep declines in sales for equipment, supplies and related products. The stock is off 19 percent so far this year.

- Yahoo (YHOO) jumped 80 cents, or 5 percent, to $16.57, making it one of the handful of winners in the S&P 500. The company's first earnings report under Marissa Mayer as CEO easily beat the forecasts of Wall Street analysts. Yahoo hired Mayer from Google in July to orchestrate its latest turnaround attempt.