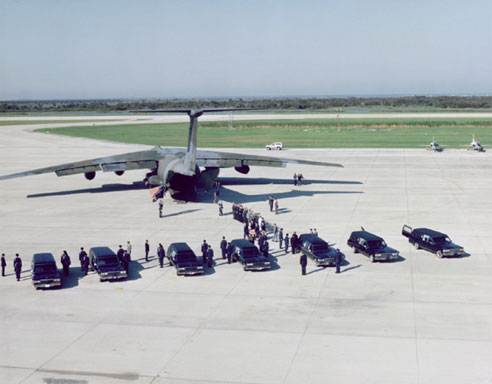 Major stock market indices have dropped almost 9 percent from their peaks in recent weeks. During this slide, commentary has focused on the yen's slide and Lewinsky-gate. However, underlying data on corporate earnings is disturbing and suggests that the stock "correction" could last for quite some time.

The fact is that corporate profitability has been deteriorating for over three years. Over much of that time, the slide was masked by favorably strong economic growth. However, the now-slowing economy is removing even that facade.

Growth in corporate profits decelerated sharply between 1994 and 1997, even though GDP growth held up well. While growth in real GDP for non-financial corporations in 1997 was as strong as in 1994, profits growth was sharply weaker. Profits grew even faster in 1992 and 1993 than in 1994, despite slower economic growth. But profits have been slowing since 1995.

Typically, there is a close statistical relation between GDP and profits. At about 3.5 percent growth, real corporate profits typically rise at the same rate as GDP. Every 1 percentage-point swing in GDP growth (above or below 3.5 percent) then typically moves profits growth 4 percentage points. Based on this relation, profits grew much faster than "normal" over 1992-96 and slower than normal in 1997.

The initial sharp gains and recent fizzle in profitability both mostly reflect swings in labor and interest costs. You might remember that this expansion was known as the "jobless recovery" at its outset. In the early-1990s, companies cut back tremendously on excess manpower in efforts to improve efficiency. This was hell on the job numbers, but it jolted the bottom line. "Jobless recovery" gave way to relatively strong job growth in recent years. Unit labor costs stopped declining, and the associated boon to profits evaporated.

Similarly, with reduced overhead and falling interest rates, corporate interest cost loads plummeted in the early-1990s. In recent years, overhead cuts have largely ceased. While short rates have been flat and long rates have declined, inflation has slowed even more, and debt service loads have ceased their decline.

These and other minor factors have led to slower profits growth of late. Meanwhile, dividends have continued to rise, and capital outlays have soared, compounding the squeeze on cash flows. In the early-1990s, internal cash flow was typically sufficient to fully fund capital and inventory outlays and still leave $40 billion to $60 billion per year available for stock buybacks. In 1997, even opposite a buoyant economy, capital and inventory outlays exceeded internal cash flows by $20 billion. That figure will mushroom this year with GDP growth sliding and investment still growig.

Corporate profits and cash flows enjoyed quite a ride in the early-1990s amid an otherwise tepid economic expansion, and that naturally drove a bull market. Just as naturally, the cessation of extraordinary profit growth since 1995 spelled some pause for stocks' climb.

However, the stock market party continued anyway, leaving equity prices overvalued (even after recent declines) and prone to an extended pause, or correction. This would have been the case even if economic growth hadn't slowed. It is all the more likely now that the economy's "boom" is subsiding.