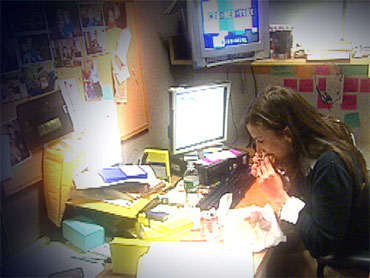 The United States was expecting an answer today, but the Turkish foreign minister said Thursday that his country probably won't make a decision until next week on whether American troops can set up bases in Turkey for a possible war with Iraq.

Approval for the deployment - considered important to U.S. plans for a two-front attack on Iraq if war occurs - has been delayed by a dispute over how much aid the United States should give to Turkey in return for cooperation.

Turkey has demanded U.S. $10 billion in aid, while the United States is proposing some U.S. $6 billion.

With American military equipment waiting offshore, the haggling has set back the schedule for war preparations, and U.S. officials have insisted an answer was needed very soon.

In a sign that a breakthrough might be possible, U.S. Secretary of State Colin Powell said in Washington that "there may be some creative things we can do" to gain acceptance of a proposed aid package. Turkish Economy Minister Ali Babacan said the dispute could be resolved "within days."

Negotiators are now discussing the possibility that some of the U.S. money could be converted in much larger loans, a Western diplomat said, speaking on condition of anonymity. Under the formula being discussed, each billion in grants that is converted would become U.S. $6 billion to U.S. $10 billion in loans, depending on the length of the loan and the amount of interest paid, the diplomat said.

But it is not clear if Washington will accept more delays.

Powell said he expected an answer from Turkey by the end of Thursday. U.S. officials say a reply is urgently needed and that delays could hamper U.S. war plans.

Asked when Turkey would send its reply, Foreign Minister Yasar Yakis said: "There is no question of an answer going today," the Anatolia news agency reported.

"It is difficult for the authorization to come to parliament this week," Yakis was quoted by Anatolia as saying.

But he left open the possibility that the government could decide in principle earlier and leave the final authorization for next week.

Prime Minister Abdullah Gul told reporters that a statement would be made Friday about the basing of U.S. troops. He did not elaborate.

The Pentagon is trying to stick to a deployment schedule that would have the military ready to go to war in early March. Unless it is resolved within the next 48 hours, the impasse with Turkey could throw a major glitch into the battle plan and force ships loaded with equipment to head to Kuwait.

Implying the United States might deploy troops elsewhere instead, White House spokesman Ari Fleischer said "we have to deal with realities, and we will."

Many analysts say the Turks may be delaying to please a public that overwhelmingly opposes war, but feel Ankara will eventually have to cooperate with its key ally, the U.S.

The wrangling with Turkey is a prelude to the delicate, difficult negotiations the U.S. and Britain face to get their new resolution through the Security Council.

Despite opposition at the U.N., the U.S. next week will introduce a new resolution intended to get council authorization for military action against Iraq, reports CBS News White House Correspondent Mark Knoller.

The U.S. wants Iraq to be found in material breach of demands that it disarm. In the U.S. view, such a resolution would clear the way for military action against Iraq.

But passage requires the votes of 9 of the council's 15 members, and any of the five permanent members, including France, China or Russia, could kill the measure with a veto.

Several council countries, including Mexico and Chile, were reiterating privately that they would abstain in a vote on the resolution unless the United States and Britain found a way to ease tensions with the three other permanent members of the council who want continued weapons inspections as a means to prevent war now.

Declining to say whether the United States had the votes needed for passage, Powell said a headcount now was "academic" because the resolution had not been tabled yet.

Powell said "we won't put a resolution down unless we intend to fight for the resolution, unless we believe we can make the case that it is appropriate."

On Air Force One, a U.S. official, insisting on anonymity, indicated the resolution would be pushed forward whether the United States had the votes or not.

In a half-hour phone conversation Wednesday, President Bush and British Prime Minister Tony Blair plotted strategy for presenting the resolution to the Security Council. Sean McCormack, a White House spokesman, would not comment on whether the leaders made decisions about language, timing or the sponsor of the resolution.

A negative report by chief inspector Hans Blix — who is to submit a written update to the Security Council on March 1 — could bolster the chances of a new U.S.-British resolution setting a deadline for Saddam Hussein to comply with disarmament demands, and authorizing force if he does not.

The Washington Post reports no Iraqi scientist has agreed to a private interview in nearly two weeks, and a commission set up to find data on past weapons programs has yet to turn over a single document to the inspectors.

"They are not fulfilling their promises," one U.N. official told the Post.

Fleischer said the situation in Iraq "is not good."

He said Iraqi demand for 48-hour advance notice of U-2 flights make the missions predictable and of diminished value.