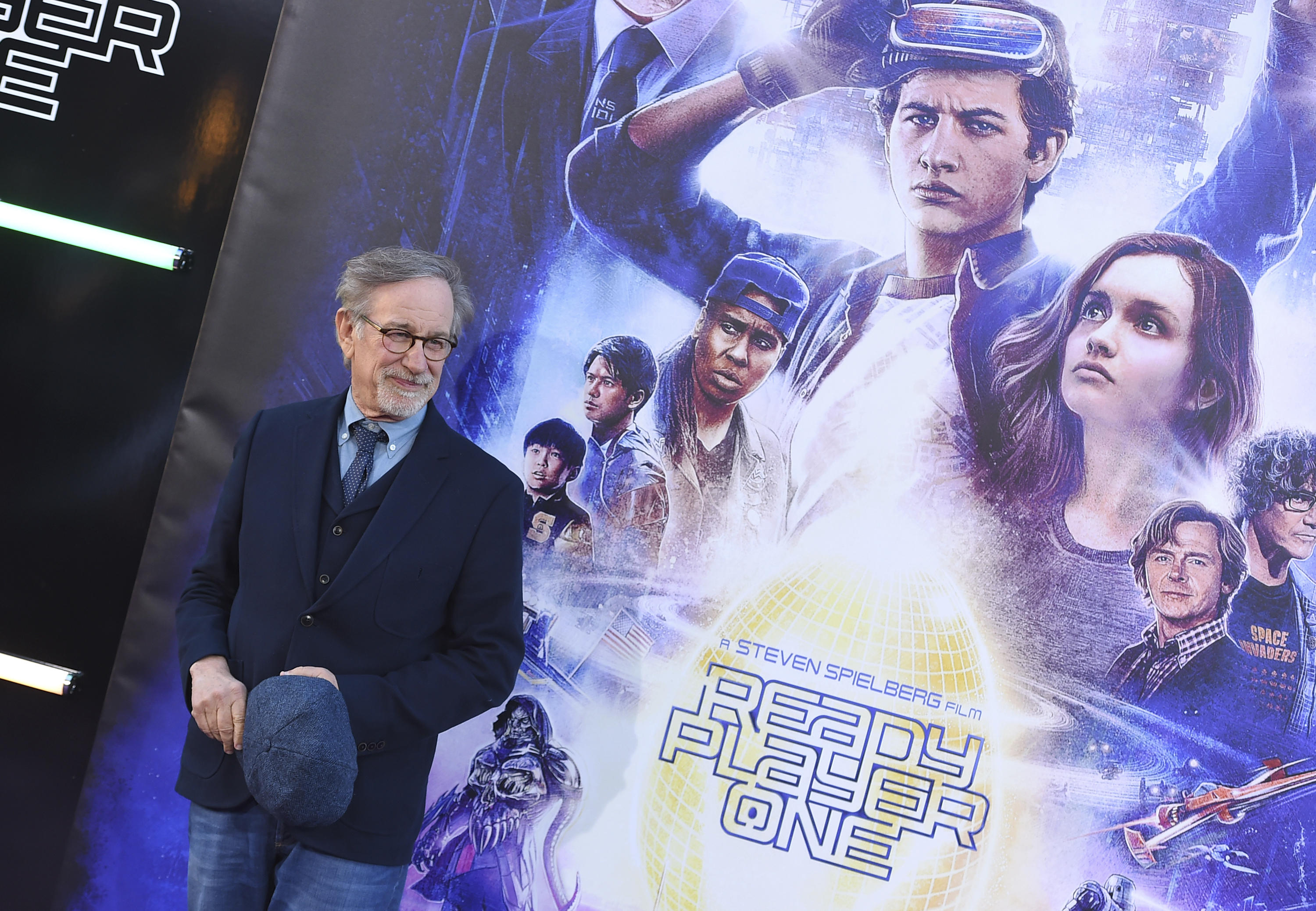 LOS ANGELES — Steven Spielberg has still got it. The director has found his way back to the top of the box office with the action-adventure "Ready Player One," while Tyler Perry has scored again with "Acrimony."

Studio estimates on Sunday say Spielberg's virtual reality-focused film earned a solid $53.2 million in its first four days in theaters from 4,234 locations since opening Wednesday night, with $41.2 million of that coming from the three-day weekend.

Not adjusted for inflation, it's Spielberg's best opening in a decade following "Indiana Jones and the Kingdom of the Crystal Skull," which launched with $100.1 million in 2008. Aside from "The BFG," Spielberg has lately favored smaller historical dramas instead of the big-scale blockbusters of his heyday.

Based on Ernest Cline's popular novel and chock-full of references to 1980s pop culture, including some nods to Spielberg's own films, "Ready Player One" is a return to the popcorn filmmaking that he became known for. With that includes a reportedly hefty $175 million price tag, which does not account for marketing costs.

Audiences gave the film an A- CinemaScore, and reviews have been warm, too (it's sitting at a 76 percent on Rotten Tomatoes). Those who turned out this weekend were mostly male (59 percent) and over the age of 25 (56 percent).

"It's great to be in the Steven Spielberg business," said Jeff Goldstein, Warner Bros.′ president of domestic distribution. "We always believed that this movie itself would carry the day and that's really what happened. We've seen all around the globe that the word of mouth is really propelling it."

Goldstein said while advance ticket sales were solid, the walk-up business was particularly robust on Friday and Saturday.

Internationally, the film exceeded the studio's expectations with $128 million from 62 territories, including $61.7 million from China (the biggest-ever opening in the country for Warner Bros.). Globally it grossed $181.3 million.

ComScore senior media analyst Paul Dergarabedian said the performance of "Ready Player One" should be judged in the context of the marketplace, which is down significantly (24.1 percent) from last March and has seen nearly every film since "Black Panther" open in the "middling to good range."

"None of them have set the world on fire," Dergarabedian said. "We're living in a world where a $52.3 million gross for the first four days is a really good number."

With $650.7 million in domestic grosses, "Black Panther" is poised to pass "Jurassic World's" $652 million to become the fourth highest grossing domestic release of all time.

A batch of faith-based films also competed for attention leading up to the Easter holiday, including "I Can Only Imagine," which scored again with $10.8 million to take fourth place. It outshined "Paul, Apostle of Christ," which earned $3.5 million in weekend two and the new opener, "God's Not Dead: A Light in Darkness," which stumbled with $2.6 million. Even Wes Anderson's "Isle of Dogs," playing in only 165 locations, beat "God's Not Dead 3" with $2.8 million.

"Pacific Rim Uprising" rounded out the top five with $9.2 million, down 67 percent from last weekend's No. 1 opening.

The year is still down nearly 4 percent, too, but there are some superheroes on the horizon.

"The cavalry is on the way in 'Avengers: Infinity War,'" Dergarabedian said.

Estimated ticket sales for Friday through Sunday at international theaters (excluding the U.S. and Canada), according to comScore: