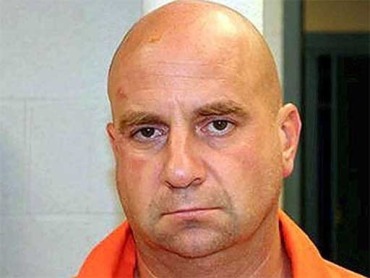 (CBS/AP) NEW HAVEN, Conn. - Steven Hayes, one of the two men convicted in a deadly Connecticut home invasion, bragged in a letter from death row that he has killed 17 people and collected victims' sneakers as trophies. He also disparaged his accomplice, Joshua Komisarjevsky, as "not even worthy" of being his partner in crime, according to a newspaper report.

The New Haven Register reported Sunday that it had acquired a letter that Hayes allegedly wrote from prison, after being sentenced to death for the 2007 Cheshire home invasion that killed a mother, Jennifer Hawke-Petit, and her two daughters.

Hayes' convicted accomplice, Komisarjevsky, had attempted to have Hayes' letters introduced into evidence as part of his defense case after they were confiscated by prison authorities. A judge rejected the request, calling the letters' claims uncorroborated, vague and unreliable.

The letters have not been publicly released, and the Register did not specify in its report how it obtained access to the letter it attributes to Hayes.

Connecticut officials confiscated four handwritten letters allegedly written by Hayes to a North Carolina recipient identified only as "Lynn." In the letters, he reportedly claimed he had killed 17 people, committed numerous sexual assaults on drugged victims in motels, taped 16 hours of one kidnapping and assault, and kept a collection of some victims' sneakers as trophies.

The sentencing phase of Komisarjevsky's trial starts Tuesday. Prosecutors are asking a jury to impose capital punishment in his case as well.