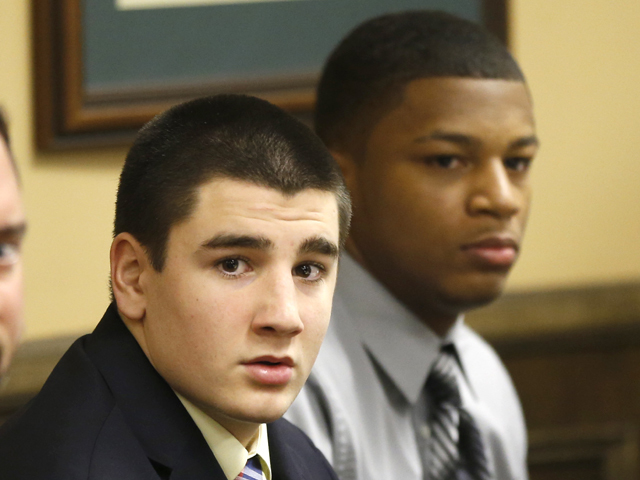 The June 14 hearing by Judge Thomas Lipps at Jefferson County Juvenile Court in eastern Ohio is a possible first step for the two teens to be transferred from a state juvenile detention center to a facility that works with sex offenders.

Lipps must place the teens in one of three sex offender levels, with the strictest requiring reporting every three months for life and the most lenient requiring annual reporting for 10 years. Unlike adult sex offenders, however, the teens' names won't be included on publicly accessible websites. And the teens can request to be removed later based on their history of rehabilitation.

The case received international attention because of the role of texting and social media in exposing the attack. A grand jury is considering whether other people broke the law in connection with the case by not alerting authorities to initial reports of the rape.

At the time of their conviction and sentencing in March, Lipps recommended the boys be assigned to a facility in Chillicothe that he said has a strong program for treating juvenile sex offenders, Lighthouse Youth Center-Paint Creek.

The privately operated center is an open campus where staff members rely on their relationship with residents to prevent escapes, according to the Department of Youth Services.

Staff and children live together at the facility, which has shown success in keeping teens treated there from committing new crimes.

Both Paint Creek and state officials conduct face-to-face meetings with young people and review their records in state facilities whenever determining placement, said Youth Services spokeswoman Kim Parsell, adding that all state juvenile facilities "are able to meet the unique needs of youth." She declined to comment specifically on the hearing or Mays and Richmond's case.

Mays welcomed the chance for the transfer, his lawyer said.

"Our client looks forward to the opportunity to attend the Paint Creek program, follow all the facility rules, and display to the Court and the community that he has been rehabilitated fully in hopes of returning to his family," Columbus attorney Brian Duncan said in a statement.

Messages were left for Richmond's attorney.