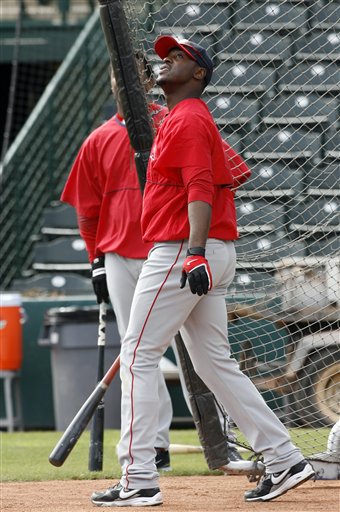 The West Coast had BALCO. Now the East Coast could be in the midst of its own steroid scandal. An illicit steroid distribution network, which may be responsible for Internet sales of performance-enhancing drugs nationwide, has been targeted by an upstate New York prosecutor. Customers reportedly included Los Angeles Angels outfielder Gary Matthews Jr., former heavyweight champion Evander Holyfield and former baseball star Jose Canseco.

"We have investigated, and are prosecuting, one of the largest narcotics and steroid distributors in the nation," P. David Soares, district attorney of Albany County, N.Y., said in a statement Wednesday.

His comments came a day after federal and state agents raided two pharmacies in Orlando, Fla. So far, eight people in three states have been arrested, and prosecutors say 24 could face felony charges by the time their investigation is over.

Former Arizona Diamondbacks pitcher Jason Grimsley and a doctor for the Pittsburgh Steelers were reportedly linked to Signature Pharmacy in Orlando, according to the Times Union of Albany, which first disclosed the widespread investigation.

The paper also said Matthews, Canseco and Holyfield were allegedly on the customer list of Applied Pharmacy Services in Mobile, Ala., whose two owners have been indicted by an Albany County grand jury.

SI.com, meanwhile, reported that Matthews allegedly was sent Genotropin, a brand of synthetic growth hormone, in August 2004. The drug, which came from Applied Pharmacy, was sent to the address in Mansfield, Texas, of one of Matthews' former minor league teammates, according to the Internet site.

Matthews, speaking to reporters at the Angels' spring training camp in Mesa, Ariz., said he wasn't "in a position to answer any specific questions."

"I do expect it to resolve itself here in the near future. ... Until we get more information, I just can't comment on it," he said.

Canseco's attorney, Robert Saunooke, told The Associated Press he would be surprised if the former slugger had been a client.

"I would find it highly unlikely," he said. "All the steroids that he got were prescribed to him or were from people in the gym. There's never been anything he's gotten online."

A message left with Holyfield was not immediately returned. Grimsley's agent, Joe Bick, declined comment, and his attorney did not return a phone call.

Investigators say they've found evidence that testosterone and other performance-enhancing drugs may have been fraudulently prescribed to users who included professional and college athletes.

"We've known for a long time that coaches, doctors, even companies prey and enable our athletes to use drugs against the rules," Travis Tygart, counsel for the U.S. Anti-Doping Agency, said. "It's these types of national law enforcement efforts that will be most successful in bringing the manufacturers and distributors of these drugs to their knees.

"And that's good for all of sports and our athletes."

Soares has refused to answer most questions about the case, which involves sealed indictments. But he did say his two-year investigation began after an Albany doctor was arrested for allegedly trafficking in narcotics online.

"I understand that the involvement of athletes and celebrities makes this a sexy story, but I assure you we are not, at this point, we are not concerned with the celebrity factor," Soares said Tuesday in Orlando, where federal and state agents raided two Signature Pharmacy stores and arrested four company officials.

"Our focus here is to shut down distribution channels."

And that's what makes this latest steroid investigation so significant, doping officials said.

The Albany investigation, though _ coupled with federal charges filed last week in a similar probe in Providence, R.I. _ is targeting the distribution networks that supply steroids to big-name and no-name users throughout the country. And it's focusing squarely on operations that peddle their illegal wares over the Internet.

According to Albany prosecutors, Signature Pharmacy repeatedly filled prescriptions even though it knew they were not the result of face-to-face meetings between doctor and patient, a violation of New York law.

"I'm quite confident that this had nothing to do with the investigation of athletes," Wadler added. "It happened to deal with an investigation of a doctor or pharmacist and, lo and behold, there were people's names. They weren't targets. They're collateral, if you will."

Officials from the Food and Drug Administration questioned the doctor for the Pittsburgh Steelers about hormone purchases from the Orlando pharmacy.

The Times Union reported that Dr. Richard Rydze was asked about his purchase last year of about $150,000 in testosterone and human growth hormone. The purchase was made on Rydze's personal credit card.

"There is no evidence that Dr. Rydze prescribed or provided any hormone treatments to any of our players," Steelers president Art Rooney II said. "Dr. Rydze has assured me that this has never happened and will never happen."

Meanwhile, the University of Pittsburgh Medical Center said it was investigating the purchase made by Rydze, who works there.

"We have initiated an internal review and at this time we have no further factual information or comment," said Susan Manko, a UPMC spokeswoman.