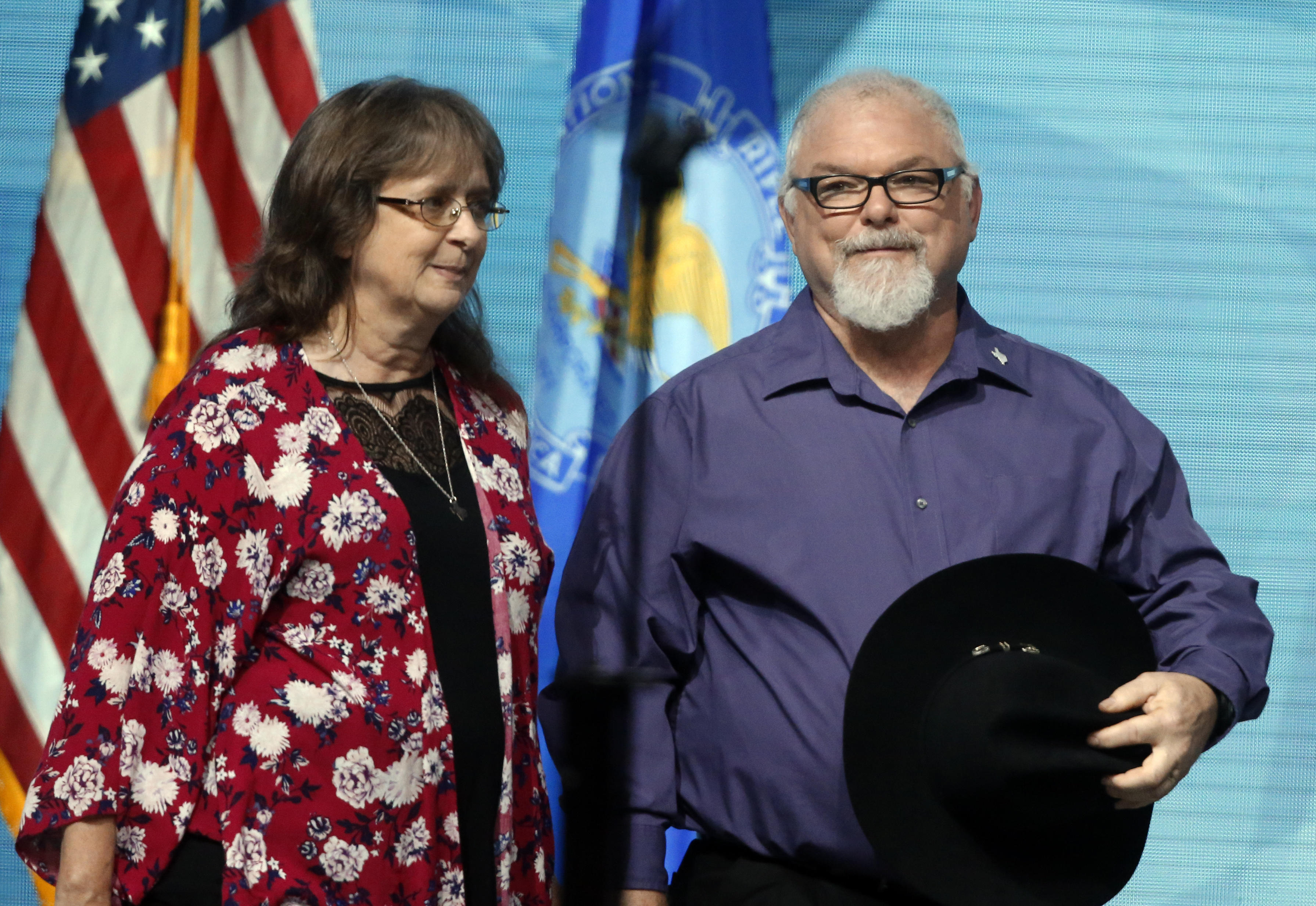 DALLAS --  The Texas man who grabbed his rifle and ran barefoot across the street to open fire on a gunman who slaughtered 26 people in a church in the small town of Sutherland Springs was honored Friday at the annual National Rifle Association meeting, CBS Dallas / Fort Worth reports. Stephen Willeford told those gathered for the group's leadership forum in Dallas on Friday, "I took care of my community on that day and I'd do it again."

Willeford was at his home on a Sunday in November when his daughter alerted him that she'd heard gunfire at the First Baptist Church nearby.

As the shooter, Devin Kelley, sped away, Willeford ran to a pickup truck stopped in an intersection, jumped in and the two called 911 and pursued Kelley.

"He had an AR-15 and so did I," Willeford told the NRA convention crowd.

That resident, Johnnie Langendorff, said he was driving past the church as the shooting happened

"He jumped in my truck and said, 'He just shot up the church. We need to go get him.' And I said 'Let's go,'" Langendorff said at the time.

The pursuit reached speeds up to 90 miles per hour. Willeford told Arkansas TV stations KHBS/KHOG that he kept a 911 operator advised of the situation during the chase. The gunman eventually lost control of his vehicle and crashed.

Willeford walked up to the vehicle with his gun drawn, and the attacker did not move. Police arrived about five minutes later, Langendorff said.

The NRA also created an ad Willeford starred in.

"My daughter came into the bedroom and she said, 'Dad, there's a man in black tactical gear shooting up the Baptist church,'" Willeford began in the ad. "Every one of those shots, to me, represented one of my neighbors, one of my friends," he continued as images from the Southerland Springs neighborhood were interspersed on the screen and music played.

Willeford went on to describe what happened during the shooting. "And I ran as fast as I could. Immediately, he came out of the church, shooting at me. He hit the truck in front of me. He hit the car behind, he hit the house behind me. And I hit him," continued Willeford.