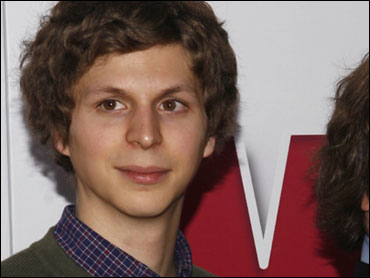 David Fincher is in "advanced talks" to direct the Columbia Pictures movie about the origins of Facebook, according to Variety.

The movie, based on Ben Mezrich's upcoming "The Accidental Billionaires," was written by "The West Wing" creator Aaron Sorkin. It's being produced, Variety reported Tuesday, by Scott Rudin and Michael De Luca along with Dana Brunetti and actor Kevin Spacey. Variety said the movie is called "The Social Network." We hear this is a very preliminary working title. (It, obviously, could also be called "Accidental Billionaires.")

An entertainment industry source tells CNET News that early casting searches are under way and that the list of young actors being eyeballed to play Facebook founder Mark Zuckerberg includes both Michael Cera ("Superbad," "Arrested Development") and Shia LaBeouf ("Transformers"). They aren't the only ones, and it's not clear whether either of those two in-demand actors would want to take a turn away from comedies (Cera) or action movies (LaBeouf) to play Zuckerberg.

Cera is, according to the source, a top choice because audiences find him particularly likable. Rumors about the plot of the book "Accidental Billionaires" hint that Zuckerberg is going to be portrayed rather unfavorably--basically, as an obnoxious nerd--and obnoxious nerds are not the world's biggest box-office sell. Cera could make the part a little bit more sympathetic.

But in LaBeouf's favor, I saw "Transformers: Revenge of the Fallen" last night, and the guy really does sound a lot like Zuckerberg.

Meanwhile, Facebook itself reportedly isn't thrilled. The social network consistently hasn't commented publicly about "Accidental Billionaires" and is said to have warned employees not to talk to anyone affiliated with the movie.