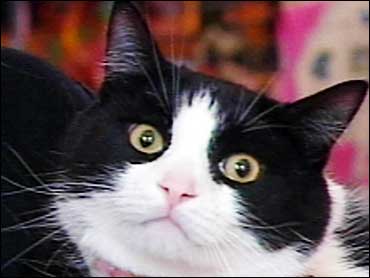 Authorities investigating a string of cat mutilations in the Denver area are talking with Salt Lake City police to determine whether there is any connection with similar unsolved cases there.

At least 24 cats have been mutilated in the Denver area in the past year, including four killed in the eastern suburb of Aurora in the past two weeks.

Some of the cats have been decapitated and others gutted. Many appeared to have been well fed and cared for and were probably household pets, said Cheryl Conway of Aurora's Animal Care Division.

In Salt Lake City, the remains of nine cats and a dog have turned up on lawns in a residential neighborhood in the past two years. The animals have been found with organs, heads, tails or legs missing.

Investigators there did not return a telephone message.

Conway would not release any others details. She said authorities still haven't determined if the Salt Lake City cases are related to those in the Denver area.

In one recent case, Brent Howard of Denver said he found a cat's head, front paws and entrails about 50 yards from the door of his condominium. He did not recognize the cat, and it did not belong to anyone in the neighborhood.

"It's terrible. Somebody has obviously got a sick mind. It's just terrible that they have to do this to little kittens," said Howard, a dog owner.

John Nicoletti, a criminal psychologist working with authorities on the case, said mutilations tend to be underreported because people often assume missing cats were lost or hit by cars.

"We're trying to tell people that even if you think your cat is lost, let animal control make that determination," he said.

Animal groups and cat lovers in Colorado have contributed $12,000 to a reward fund. The Denver Dumb Friends League is urging people to keep their cats indoors until the cases are solved.

We always recommend that people keep their cats indoors for health and safety reasons," said league spokeswoman Kristina Vourax. "But there's no way that a cat can defend itself from what these people are doing to them."