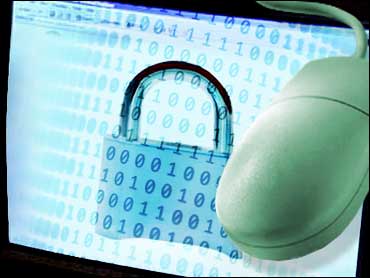 The State Department is recovering from large-scale computer break-ins worldwide over the past several weeks that appeared to target its headquarters and offices dealing with China and North Korea, The Associated Press has learned.

Investigators believe hackers stole sensitive U.S. information and passwords, said U.S. officials familiar with the hacking. Whoever did the hacking reportedly tried to leave so-called back doors so they could come back later and keep intruding into the computers, CBS News correspondent Jim Stewart reports.

Officials spoke on condition of anonymity because of the sensitivity of the widespread intrusions and the resulting investigation.

As a result of these break-ins, the State Department has had to severely limit Internet access at many locations. That, in turn, can have a detrimental effect on employees' ability to get their regular work done, says CBS News technology analyst Larry Magid. So even if nothing were stolen, damage has been done.

Internet connections have been restored across nearly all the department since the break-ins were recognized in mid-June, the officials said.

"The department did detect anomalies in network traffic, and we thought it prudent to ensure our system's integrity," department spokesman Kurtis Cooper said. Asked what information was stolen by the hackers, Cooper said, "Because the investigation is continuing, I don't think we even know."

Tracing the origin of such break-ins is difficult. But employees told AP the hackers appeared to hit computers especially hard at headquarters and inside the Bureau of East Asian and Pacific Affairs, which coordinates diplomacy in countries including China, the Koreas and Japan. In the tense weeks preceding North Korea's missile tests, that bureau lost its Internet connectivity for several days.

Stewart also reports that last summer, the Defense Department and other U.S. agencies noticed similar problems with their computers. Hackers in China were considered the culprits in that incident as well.

China's government was considered by experts a chief suspect in computer break-ins at the Defense Department and other U.S. agencies disclosed last summer. But China also is home to a large number of insecure computers and networks that hackers in other countries could use to disguise their locations and launch attacks.

The Pentagon warned earlier this year that China's army is emphasizing hacking as an offensive weapon. It cited Chinese military exercises in 2005 that included hacking "primarily in first strikes against enemy networks."

After the State Department break-ins, many employees were instructed to change their passwords. The department also temporarily disabled a technology known as secure sockets layer, used to transmit encrypted information over the Internet. Hackers can exploit weaknesses in this technology to break into computers, and they can use the same technology to transmit stolen information covertly off a victim's network.

Many diplomats were unable to access their online bank accounts using government computers because most financial institutions require the security technology to be turned on. Cooper said the department has since fixed that problem.

What we've learned about recessions as Americans brace for impact

Man vacationing in Milwaukee dies in 71-foot fall from drawbridge
Thanks for reading CBS NEWS.
Create your free account or log in
for more features.
View CBS News In
CBS News App Open
Chrome Safari Continue
Be the first to know
Get browser notifications for breaking news, live events, and exclusive reporting.