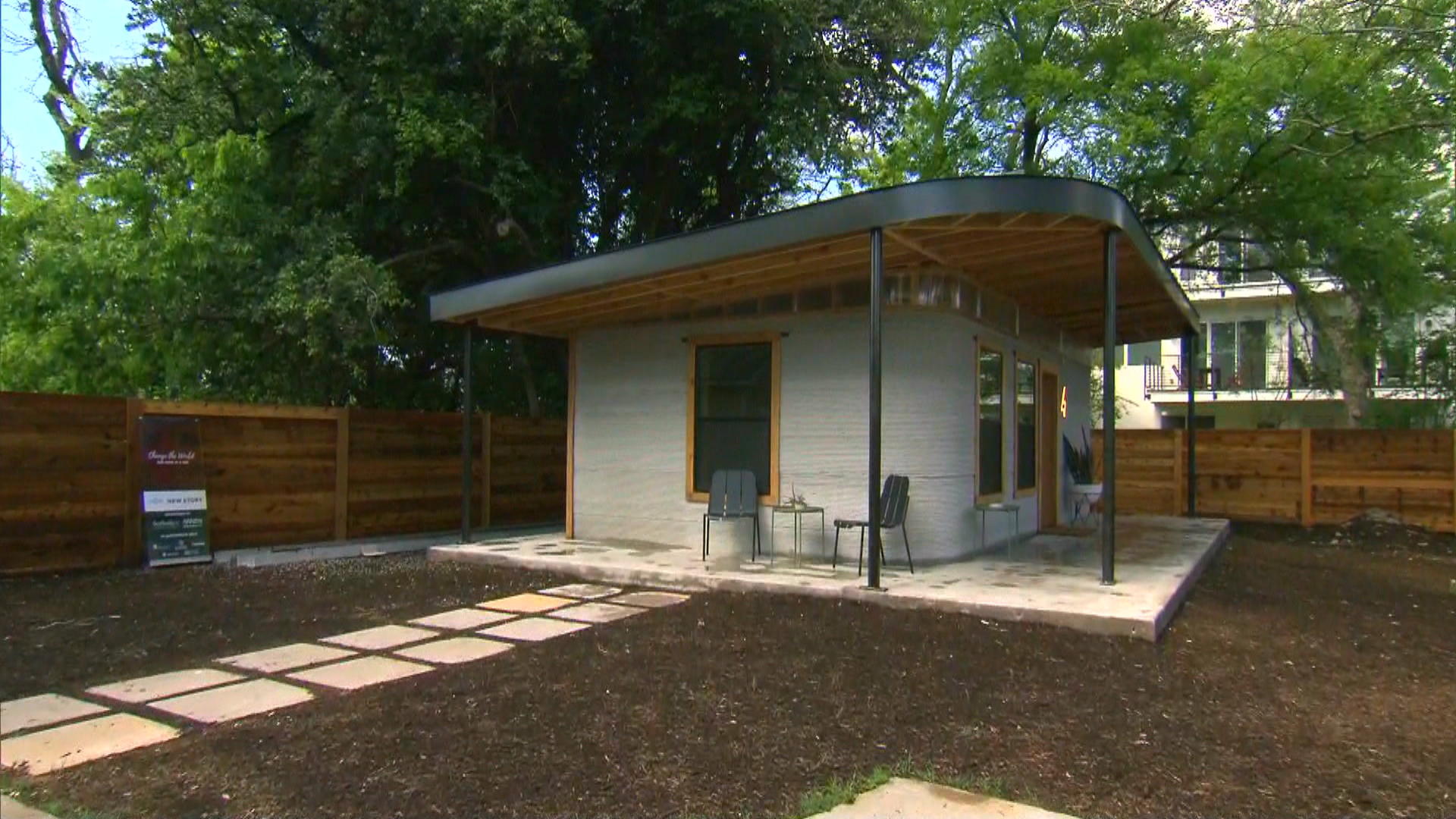 It costs about $237,000 and about three to six months on average to build a home in the United States, but crews in Austin, Texas, say they've figured out a way to build a house in less than two days for a fraction of the cost.

"This just isn't – isn't a technology that's gonna help a little niche of the way we think about shelter, this is a paradigm shift in the way we build houses," Jason Ballard, the co-founder of Icon, one of the companies behind the project, told CBS News' Omar Villafranca.

The technology starts with a 1-ton, 3D printer, which squeezed out enough concrete to build a small, two-bedroom, one-bathroom, single-family home.

"It's a house-printing robot," Ballard quipped.

"So this house right here was printed in 47 hours at quarter speed ... At full speed, could have printed this house in 11 or 12 hours," Ballard said. "And that's on version one of the technology."

Brett Hagler runs a nonprofit called New Story. He's hoping to bring the technology to poor communities in El Salvador by the end of next year.

"It's designed to take families that have been living in tents or shacks and to bring them into what we believe is a beautiful home that they can build their lives on for the next few decades," Hagler said.

University of Texas Engineering professor Raissa Douglas Ferron is an adviser on the project. While she sees the potential for 3D printed homes, she questions how the concrete mix will stand up over time. She said there's not enough data yet to say whether these kind of homes can be safe, but believes they need to be built in order to collect that data.

"If we wait until there's data in order to build it – you're never going to build it," Ferron said.

Icon will use the model home as an office for the next few years while third-party labs test its long-term durability.

"We're gonna make ourselves the guinea pigs before we put another family's life in the mix," Ballard said.

The design does have limitations. Utilities like electricity and plumbing still need to be installed outside the walls. Even if all goes as planned, it will likely be years before 3D printing becomes a mainstay of U.S. residential construction.