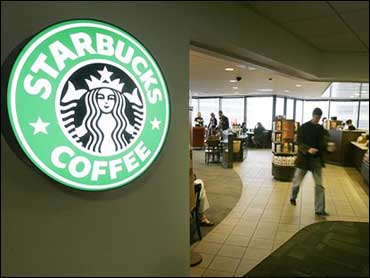 Starbucks Corp. is cutting trans fats from the doughnuts, muffins and other treats in half of its U.S. stores this week and plans to eventually drop the artery-clogging fats from company-operated coffeehouses across the country, a company spokesman said Tuesday.

The world's largest specialty coffee retailer has been working to eliminate trans fats from its food menu for about two years, spokesman Brandon Borrman said.

Trans fats, listed on food labels as partially hydrogenated vegetable oil, are believed to be harmful because they wreak havoc with cholesterol levels.

The company's decision was not prompted by New York City's ban on artificial trans fats in restaurant food, said Borrman. That decision, taken last month, made New York the first U.S. city with such a ban. Nationwide, trans fats must be listed on packaged foods.

Getting the other half of U.S. stores to follow will take time as the company adjusts recipes with regional bakers and food suppliers.

The change will not affect Starbucks' retail sites in places such as airport kiosks and grocery stores, which are licensed by the company but operated by other businesses.

Starbucks has about 5,600 company-owned coffeehouses in the United States.