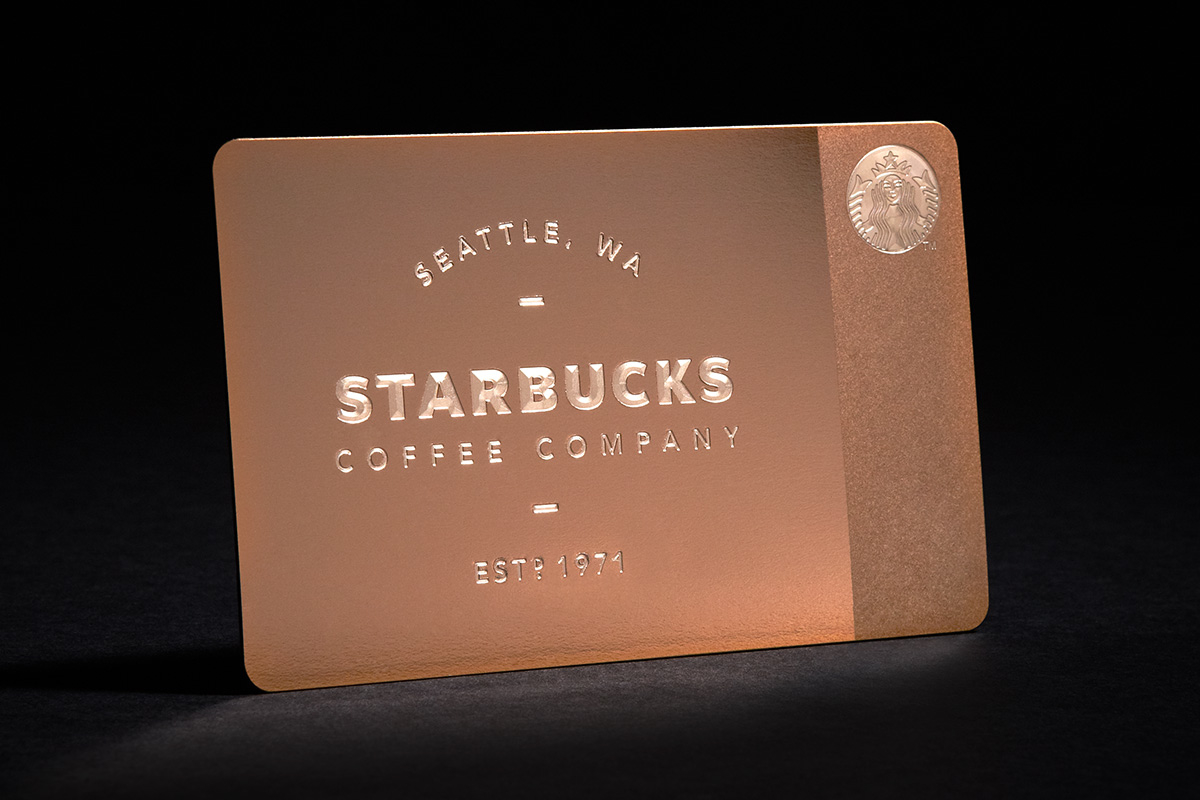 Since when is a gift card a status symbol? Since Starbucks (SBUX) decided it would be.

The coffee giant has taken the simple gift card to a new level with its $450 card made out of rose-tinted metal. You only get $400 in credit with the card; in other words, you pay $50 just to carry it in your wallet.
So who in their right minds would spend $50 on the card alone? Lots of people. Starbucks only made 1,000 of them available, and they sold out in mere seconds. In fact, more than 11,000 people who missed out tried to get on a wait list for the card, CNBC reports.
Check out how USA Today describes the card. It may be the first time anyone has called a gift card "artisan:"

Each of the cards — which are all hand-made — features an artisan rose metal base with rose-colored coating. Starbucks lettering is laser-etched on the front. Each comes in a blue gift box with a special letter inside that explains the card's value.

The chain stoked interest in its card by partnering with luxury deal site Gilt.com to sell them Friday. But the promotion hit some early trouble one day before the sale when it was accidentally posted online by Gilt and quickly taken down.
An estimated 100 cards were sold before the deal was removed, USA Today reports. It wasn't long before those cards appeared on -- you guessed it -- eBay's (EBAY) auction site for as much as twice the price.
One of the Starbucks cards was selling on eBay Monday evening for $1,296 and had received 37 bids.
So out of the 1,000 metal cards available, 100 went out the door early and 400 were reserved for people who had reached gold status in Starbucks' loyalty program, CNBC reports. That only left 500 for members of the Gilt.com site.
We may be witnessing the start of a new holiday trend -- the exclusive, limited-edition gift card. Normally the domain of last-minute shoppers out of ideas or grandmothers who have no clue what to buy the young ones, the lowly gift card could soon be revived as the ultimate gift for the 1 percent.

"Meme stocks" have returned to Earth — and to a changed market