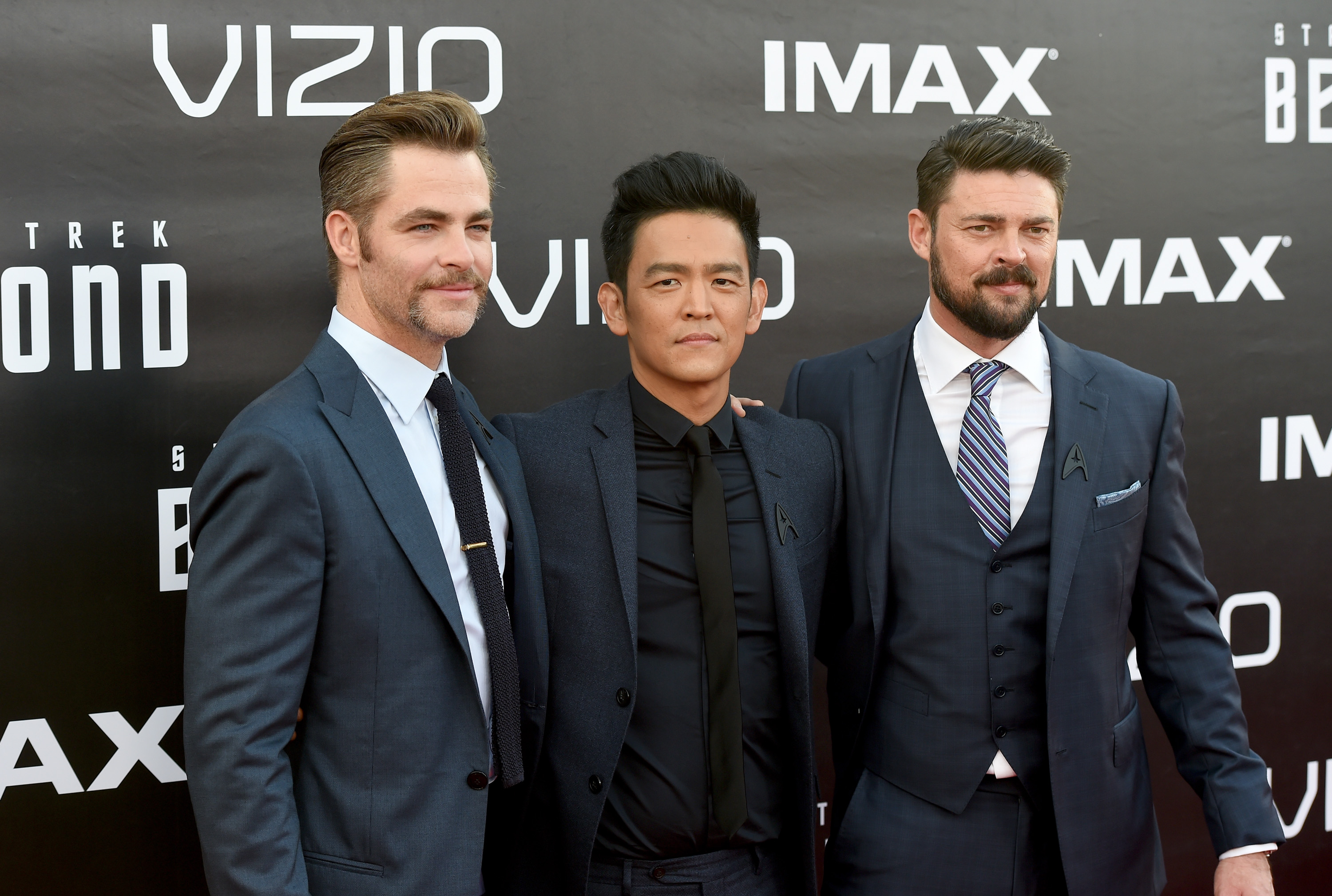 Wednesday night was bittersweet for the "Star Trek Beyond" cast as they gathered for the film's Comic-Con premiere without co-star Anton Yelchin, who died in a tragic accident one month ago.

"We're missing one of us and that's why we're all wearing a pin," Zoe Saldana told ET's Kevin Frazier, who hosted from the red carpet. "It makes this premiere a thousand more times special."

Yelchin, who played Pavel Chekov in the film franchise, was fondly remembered by the cast and crew, and director J.J. Abrams held a moment of silence for the late actor.

"His parents are here tonight, and we loved their son," Abrams told the crowd.

Yelchin died in front of his home on June 19 after being crushed by his car. He was 27.

Earlier this month Karl Urban and Simon Pegg opened up about the loss to ET.

"It is devastating to lose a member of your family, and we were so shocked," Urban solemnly expressed, before his co-star Pegg jumped in. "He was the greatest guy," he said, describing Yelchin as "the smartest guy in the room."

This year marks the 50th anniversary of "Star Trek." The milestone called for fireworks and pandemonium from the crowd.

"It's nuts," John Cho told ET on the red carpet.