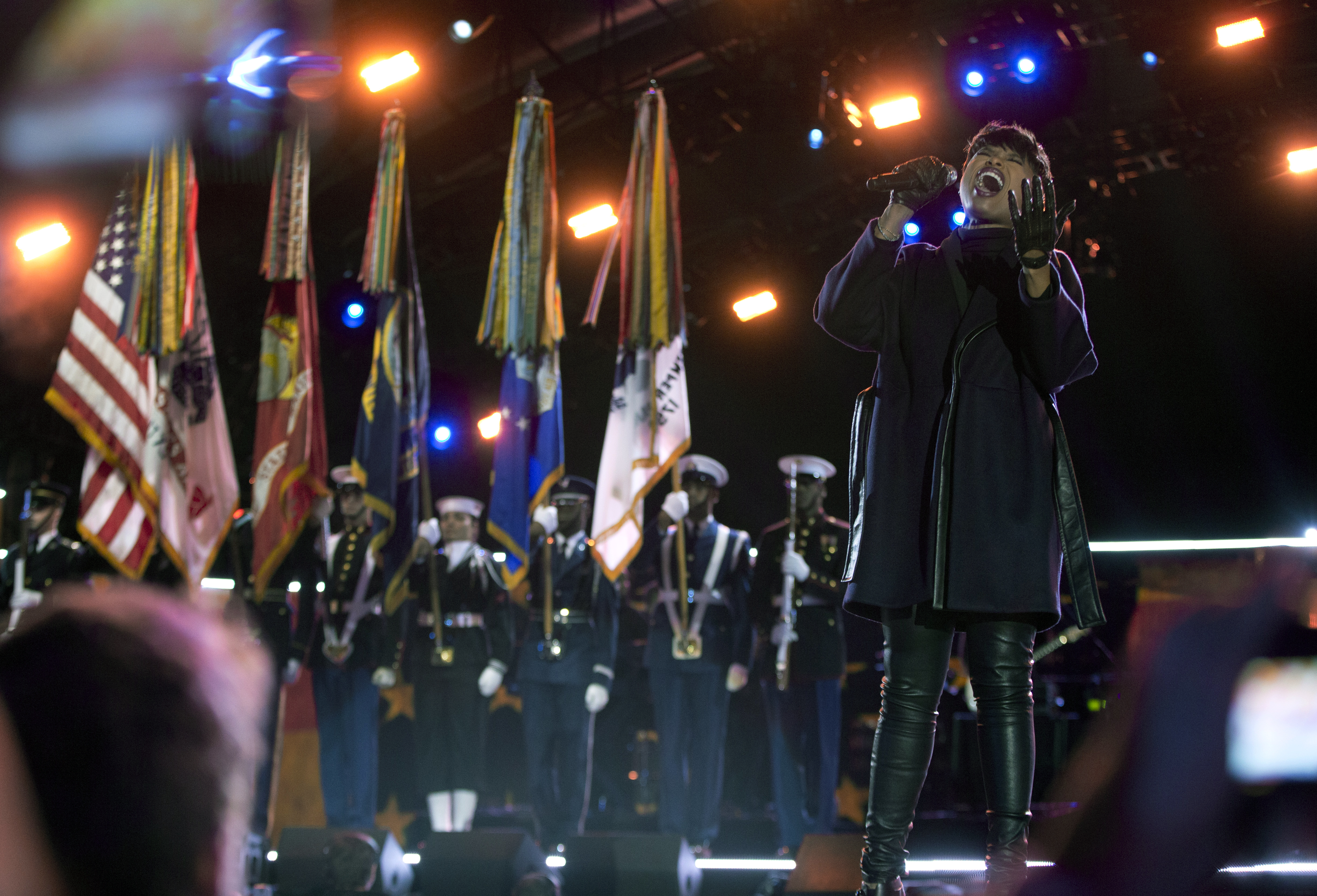 The first-of-its-kind Concert for Valor, spearheaded by Starbucks president Howard Schultz, was intended to raise awareness for issues affecting veterans. Hundreds of thousands of people were expected to attend, making it one of the biggest events of the year on the Mall.

While tickets were free, organizers were hoping to direct fans to ways they can volunteer or donate money to causes helping war veterans. Some in the audience said the gesture had symbolic importance.

"This is the first time since I've been back that I've felt honored to be back home, and I'm 65 years old," said Bobby Monk, a disabled Vietnam Veteran from Washington who wore a gray Army T-shirt. "They treated us like criminals when we came back home. They didn't give us a parade."

"I have a lot of friends that are across all the branches of the armed forces," said Zac Brown, who has led his band on USO tours to Iraq and Afghanistan. "I don't think we've ever played in front of 800,000 people. What a great cause and a great reason to be here playing."

The concert was to be televised live by HBO, which was making its signal available to non-subscribers. Online streaming was also available. HBO chief executive Richard Plepler said it was possible that the concert could become an annual event.

Schultz, the co-author of a book about veterans, said he hoped the event would help more Americans recognize the importance of welcoming post-9/11 veterans back to civilian life.

"Veterans Day comes once a year. Unfortunately, at times, it's turned into an annual weekend sale," Schultz said. "That's not what it's about."