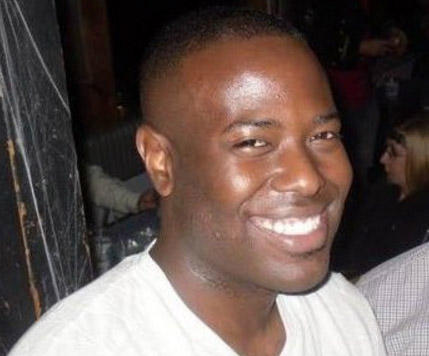 MIDDLETOWN, Del. -- A man who shot and killed a Delaware state trooper outside a convenience store Wednesday and later barricaded himself inside his house has been shot and killed by police, CBS Philadelphia reports.

Police engaged in an hours-long standoff with the man overnight, drawing gunfire around 4 a.m. Thursday. Authorities say the man exited the home at 9:17 a.m. and "engaged with officers," who opened fire. Police say the man was pronounced dead on the scene.

Police have identified the man but have not revealed his name.

"This is a sad day for our state and for the Delaware State Police family," McQueen said, with Gov. John Carney at his side.

McQueen said the vehicle had two suspicious people inside.

One man got out of the car and shot the trooper several times before running away, McQueen said. The other man was arrested at the scene, he said.

"I was right here watching the shots. I did, that's horrific," one man, who didn't want to be identified, told CBS Baltimore.

"I saw him fall, yeah. It was something I didn't want to see," another man remarked to the station.

Police tracked the gunman to his home in a subdivision of two-story houses in Middletown, about 15 miles south of where Ballard was shot. The gunman, alone in the house, refused to leave and fired several shots at officers surrounding the home, state police spokesman Master Cpl. Gary Fournier said. No other officers were injured.

Hostage negotiators were on the scene and established contact with the man in an effort to get him to surrender peacefully, Fournier said. But there was no quick resolution as the standoff stretched into the night.

After 8 p.m., police used an explosive device to blow the door of the house off its hinges, but officers did not immediately enter the home, Fournier said.

State police said officers again came under fire at about 4 a.m. and at that point, police broke several windows but again didn't enter.

Sarah Adkins, 18, who lives with her parents on the same street where the suspect was barricaded, said that shortly after arriving home early Thursday afternoon, she started hearing sporadic gunfire that lasted for about an hour and resumed at other intervals.

"It's been scary," said Adkins, who was told by police to go to her basement and stay there.

"Just me and my dog," said Adkins, who spent the day talking on the phone with her friends and family.

"I'm doing OK. My mom is a nervous wreck," said Adkins, whose parents, along with other residents, have been unable to return to their homes. A local fire company opened its facility to temporarily house evacuated residents while police continued to negotiate with the suspect.

Adkins said the man believed to be the suspect went to school with her brothers, and has always seemed friendly, smiling and waving at her when she last saw him a couple of weeks ago.

Police used a robo-calling system to tell residents in the areas to stay inside and lock their doors. The Appoquinimink School District went on lockdown, keeping all students and staff inside school buildings. They were later allowed to leave as police secured the area.

One witness, Clarence Travers, told The News Journal of Wilmington that he heard gunfire while sitting at a red light and saw a police officer fall to the ground. After the initial gunfire, Travers said he saw a man get out of a car and shoot the officer on the ground multiple times before getting away.

Police have not corroborated Travers' version of events.

A caravan of law enforcement vehicles accompanied the slain officer's body to the state Division of Forensic Services for an autopsy, and observers placed their hands over their hearts as it passed by. Ballard had been on the force for more than eight years, according to state police spokesman Sgt. Richard Bratz.

"My heart is with the officer's family and the officers who have served beside him," Carney, a Democrat, said in a statement.