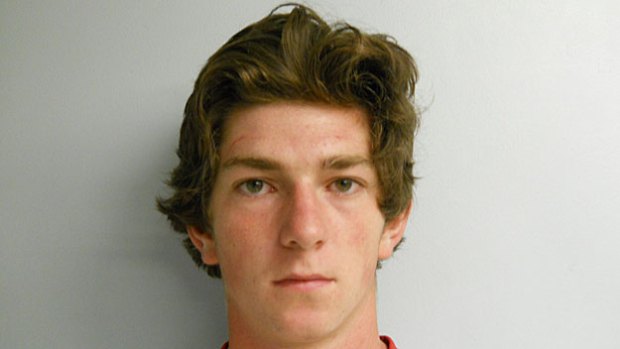 CONCORD, N.H. -- St. Paul's School boasts a glittering roster of alumni that includes senators, congressmen, a Nobel laureate and the current secretary of state. The elite prep school also allegedly has a sordid tradition of sexual conquest in which boys about to graduate attempt to "score" with younger female students.

Details of a practice authorities say was called the "Senior Salute" were spelled out in stark terms by a former prefect at the New Hampshire school who is charged with raping a 15-year-old girl on the roof of a campus building in May 2014.

Owen Labrie, now 19, has pleaded not guilty to several felonies. During his trial, prosecutors are expected to call current and former students to testify about the alleged sexual culture at one of the country's most selective boarding schools.

A jury was seated Monday, and testimony is expected to begin Tuesday in superior court in Concord.

Prosecutors say Labrie took his victim by surprise, before she could resist or flee, and raped her repeatedly. He is charged with three counts of aggravated felony sex assault, endangering the welfare of a child and using a computer to lure the girl to the on-campus meeting.

Labrie denied having intercourse with the girl, telling police that they partially disrobed, kissed and touched. He also acknowledged putting on a condom. Labrie said the freshman girl was eager to have sex, but the aspiring divinity student said he had a "moment of self-restraint" and stopped.

"He stated it was a moment of 'divine inspiration,'" Det. Julie Curtin wrote in her affidavit.

Asked why the girl would lie about having sex with him, Labrie said it's a "great source of pride for younger students" to have sex with seniors.

Labrie's lawyer, J.W. Carney Jr., declined to comment, including on whether Labrie will testify or if his defense would raise the issue of the school's alleged sexual culture. Carney, who recently represented convicted mobster James "Whitey" Bulger, is at least the third lawyer retained by Labrie.

Labrie, of Tunbridge, Vermont, talked openly about the tradition when he was interviewed by Concord police. On a campus where upperclassmen studiously avoid their younger peers in most settings, Labrie told a detective some students "take great pride" in having sex with younger students before they leave school.

Labrie also told the detective of a contest where boys compete to "score" with the most girls, keeping a running tally written in indelible marker on a wall behind washing machines. The school kept painting over the scoreboard so it eventually was moved online. He acknowledged to the detective he was "trying to be number one," the detective wrote.

A counselor who contacted police after hearing from the alleged victim's mother also told an investigator about the alleged tradition, the Concord Monitor reported last year, citing a police affidavit. The same affidavit said the school had been trying to educate students against "sexual scoring."

Prosecutors have not indicated how far back they believe the "Senior Salute" goes.

A student leader honored at graduation --two days after the alleged assault -- with the Rector's Award for "selfless devotion to school activities," Labrie was accepted to Harvard but the school said in September that he is no longer enrolled. He told the detective that he tried to educate other students not to engage in "Senior Salute" and that the school wasn't doing enough to curtail the tradition.

"The school has to put its foot down on this culture," Labrie is quoted in a police affidavit. "It's not healthy."

Founded in 1856, St. Paul's is an Episcopal school nestled on 2,000 pastoral acres on the outskirts of downtown Concord, New Hampshire's capital. It enrolls about 530 students and admitted girls for the first time in 1971. Tuition, room and board currently clocks in at $53,810.

The school belongs to the Eight Schools Association, a sort of Ivy League for prep schools that includes Choate Rosemary Hall and Hotchkiss in Connecticut, Phillips Academy Andover, Deerfield Academy and Northfield Mount Hermon School in Massachusetts, The Lawrenceville School in New Jersey and Phillips Exeter Academy in New Hampshire.

Secretary of State John Kerry graduated from St. Paul's in 1962, alongside former FBI Director Robert Mueller. Doonesbury creator Garry Trudeau is an alum as are 13 U.S. ambassadors, three Pulitzer Prize winners, two World Series of Poker winners, actor Judd Nelson and sons of the Astor and Kennedy families, according to the school's website.

The school also has a robust international presence: 17 percent of the 2014-15 class came from 25 countries and notable alums include Bernard Makihara, the former CEO of the Mitsubishi Corporation, and Edmund Maurice Burke Roche, a conservative member of the British Parliament and the maternal grandfather of Diana, Princess of Wales.

The school's rector, Michael Hirschfeld, told The Associated Press in an emailed statement that "breaches of school policies or the trust upon which they are founded, are addressed swiftly and judiciously."

"St. Paul's School has policies in place to ensure that our students are safe, secure, and treated equitably," Hirschfeld's statement said.

During a speech at family weekend at St. Paul's in October 2014, Hirschfeld said the sexual assault allegation "has provided us with an important opportunity to reconsider elements of our shared life that do not appear in our strategic plan."

"Are we confronting the transmission of unhealthier elements of school culture as effectively as we could?" he asked rhetorically.