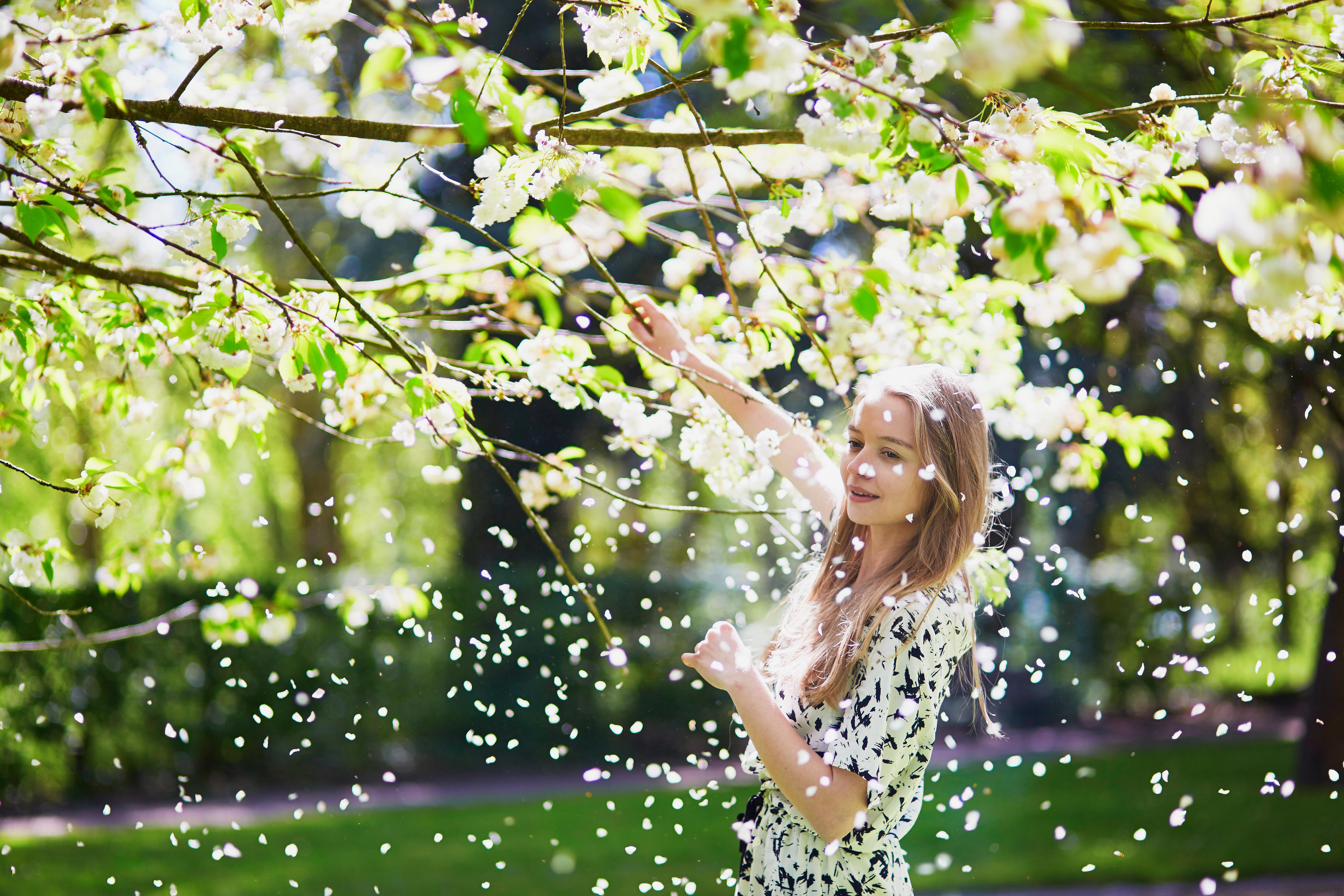 This time of year, millions of children and adults across the U.S. are starting to feel their seasonal allergy symptoms kick up. In recent years, many may even have been noticing that the congestion and discomfort lasts longer, which some allergy experts chalk up to climate change.

As temperatures rise, trees are starting to produce pollen — more than usual in some areas — and as spring turns to summer, flower and grass pollens will join the mix. By fall, as the other pollens subside, ragweed will be in full crescendo.

Allergies happen when a person’s immune system wrongly thinks a harmless substance is attacking it. The substance that prompts that reaction is called an allergen.

“In the person who’s allergic, the body perceives the allergen and has an over-exaggerated response to that allergen. The body creates an immune response that triggers a cascade of reactions that release the body’s own mediators, such as histamine. The release of those mediators causes sneezing, a running nose, watery eyes,” Dr. Sandra Lin, professor of otolaryngology and head and neck surgery at Johns Hopkins Medicine, told CBS News.

Twenty million adults and 6.1 million children have been diagnosed with seasonal allergies — also called allergic rhinitis and hay fever — according to the U.S. Centers for Disease Control and Prevention.

CBS News spoke with Lin, from Baltimore, and allergy experts from Denver and California to get a picture of what’s happening this year in different regions of the country.

“In the Baltimore area here, the normal high temperature for this time of year is 59 degrees Fahrenheit, and it’s looking like we’re going to exceed that. It’s supposed to go up to 74 degrees this week. If it’s warmer than normal, it can mean more pollen,” Lin said.

Dr. Sunil Perera, an allergist and immunologist practicing in the Sacramento, California, area said pollen conditions there are the worst they’ve been in four years.

“Tree pollen counts are three times higher than they were this time last year. We had a four-year drought and pollen counts were low, but this year, with early rain and persistent rain, all the trees got ground saturation water, particularly the mulberry. Mulberry usually pollinate in April, but they started in March this year,” Perera said.

Heavy rains have also encouraged the growth of mold spores, so people who have allergies to both are feeling a lot of symptoms now, he said.

“We’ve noticed here in Denver that the tree pollens — for at least the last four to five years — it’s been very obvious the tree pollen counts are going up. Higher counts, higher peaks, lasting longer and possibly starting earlier.”

Certain trees, such as ash, traditionally started flowering in the area in April, but that’s shifted noticeably.

“We’ve now seen ash pollen all March, and cottonwoods, cedars, juniper trees — all of which normally come out in April, we’ve now seen for the last month, in March. We’re seeing things starting earlier and stretching out a little longer,” said Weber.

“A number of years ago, there was some real question about whether climate change really existed and whether temperatures were going up. I think now only the greatest of deniers will still not admit we’re definitely seeing some changes,” Weber said. “The ultimate impact of warming things up is that increased heat has a distinct impact on flowering plants.”

Lin said pollution is a factor exacerbating allergies and asthma (which often goes hand-in-hand with allergies).

“Some people theorize high pollen counts are because there is a change in our climate. It’s probably more than one thing going on. It’s multifactorial,” Lin said.

To quell symptoms such as watery eyes, a scratchy throat, stuffy nose, even an irritated roof of the mouth, Lin said people can first try over-the-counter medicines such as “second generation antihistamines” (Allegra and Claritin, for example); steroid nasal sprays (Flonase, Nasacort, Rhinocort); and eye drops specifically made to treat allergy symptoms. Unlike older over-the-counter medicines, the new drugs don’t make you sleepy and you don’t need to dose up as often. Use them consistently, though, Lin said.

“Nasal steroid sprays work better if you use them regularly. My patients find nasal rinses really helpful, too,” Lin said. The saline rinses are available over-the-counter and can be used a couple of times a day, and do not contain medications.

An allergist can run blood and skin tests so you can learn your allergic triggers. The tests even show how allergic you are, said Perera.

“In some patients who get symptoms it goes into the airways and they get chest tightness and wheezing. That means they’re getting early asthma symptoms,” Perera warned, so it’s important to see a physician if you have those symptoms to develop a more comprehensive picture of your health.

Immunotherapy may be an option for some. Perera explained what that involves: “We can make a mix of things a patient is allergic to and then start immunizing them starting with a little dose and building up to maximum tolerance. Patients find that the next season, they don’t get as many symptoms and their asthma doesn’t progress.” Some patients find relief for years, he said.

Avoidance measures help, too. Stay inside during high pollen count days, advised Lin. If you do go out, rainy days may be better because they tamp down the pollen for the short term.

It’s hard to resist getting outdoors on a beautiful, breezy spring day —the worst kind of day for seasonal allergy sufferers because the wind carries pollens on the air and people breathe them in and get them in the eyes, too. Lin advises showering after being outdoors and wash clothes you’ve worn outside. Pets can bring allergens into the house on their fur, so try not to sleep with pets that spend a lot of time romping in the yard or woods, Lin said.

A vacuum with a HEPA filter and home air filters can reduce pollens that come into the house, too. There are also high-tech home allergen monitoring systems, small devices that check home air quality and give a report back, said Perera.

“You can monitor all the pollen that the cat or dog brings in, and test every hour to see the level.”

To monitor pollen counts in your community, visit the American Academy of Allergy, Asthma and Immunology’s web site, the National Allergy Bureau. Knowing if pollen counts are going to increase can help you plan your day.

Allergies can exacerbate asthma and lead to sinus infections, so if they are affecting your quality of life, see your primary care physician or an allergy specialist, the experts recommended.

“Studies show productivity goes down when you’re suffering from allergies, in your personal and work life,” said Weber.

There are some who don’t want drug treatments, said Perera. He has patients who’ve tried home remedies like eating local honey regularly, or bee pollen.

“I see people who take bee pollen. As long as it helps, fine. But patients who are allergic to ragweed may get a cross reaction to chrysthemum pollen,” he warned, noting that there isn’t a body of scientific research backing up these methods.