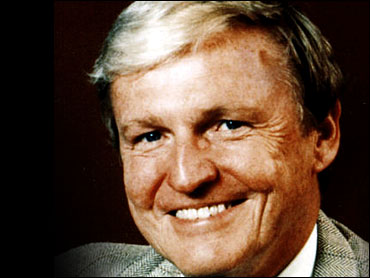 McCormack died in New York four months after a heart attack left him in a coma, the Cleveland-based company said.

McCormack made the management of athletes' careers a big business, turning success in sports into commercial marketability. The concept began in 1960 on a handshake deal with Arnold Palmer.

At the time, McCormack was a lawyer with the Cleveland firm Arter & Hadden. The representation deal with Palmer allowed McCormack to combine his expertise in law and business with a passion - golf.

McCormack, as chairman and chief executive officer, transformed International Management Group into a sports and entertainment complex of businesses simply known as IMG. It now has 80 offices in 32 countries and employs almost 3,000 people.

The company's reach extends beyond sports, with actresses Elizabeth Hurley and Liv Tyler, and musicians Itzhak Perlman and Kiri te Kanawa among its clients.

IMG's client list includes other well-known names and trademarks, including the Royal & Ancient Golf Club of St. Andrews, the Nobel Foundation, the Kennedy Space Center and the Smithsonian Institution. McCormack even handled special projects for global leaders such as Margaret Thatcher, Mikhail Gorbachev and the pope.

An Army veteran with a law degree from Yale, McCormack also wrote several business advice books. McCormack had said he would never retire, and he was working when he was stricken in January.

As a golfer, McCormack played on the College of William and Mary team and qualified for the U.S. Open and several U.S. and British amateur tournaments.

McCormack was selected as one of the top 10 most powerful people in sports last December by The Sporting News. In May 1990, Sports Illustrated described McCormack as "the most powerful man in sports."

A native of Chicago, McCormack married Betsy Nagelsen in 1986. Nagelsen is a two-time Australian Open doubles champion and a Wimbledon doubles finalist.

He is survived by his wife and four children. A private burial will be in Chicago, followed by a memorial on May 21 in New York.