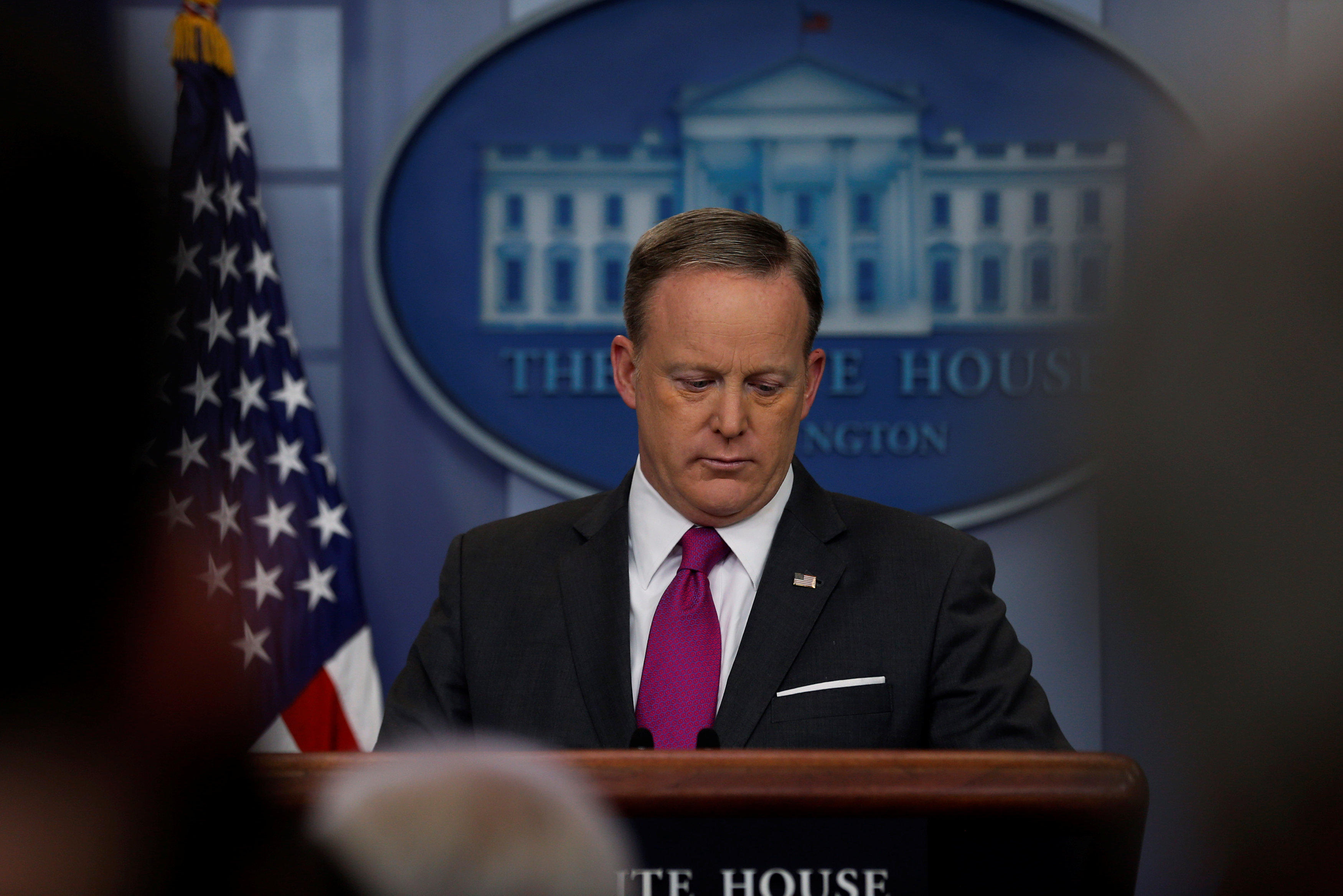 White House Press Secretary Sean Spicer on Thursday struggled with the question of whether President Donald Trump is under investigation by the Department of Justice, saying in a lengthy exchange with reporters that the White House is “not aware” of any investigation involving the president.

On Wednesday, Spicer was asked about the issue in the wake of Mr. Trump’s allegations about being wiretapped at Trump Tower during the 2016 election. He replied that there’s “obviously a lot of concern” about the issue.

Later in the briefing, however, an aide handed him a note and he was more definitive in his answer.

However, the Department of Justice told The New York Times that the Justice Department has given the White House no such assurance -- and when asked about the issue at Thursday’s press briefing by CBS News’ Margaret Brennan, Spicer clarified that he is “not aware of” any investigations into Mr. Trump.

Asked whether he had been told by the Justice Department that there was no investigation, since that’s what he had implied the previous day, Spicer replied: “No, I said, right, I said I’m not aware and I’m not aware, and that’s why we want the House and Senate to do what the president has asked of them to look into this but no we’re not aware.”

When Brennan pressed him again on this question, Spicer replied: “The assurance I gave you, Margaret, was that I’m not aware, and that is 100 percent accurate.

He continued, saying he doesn’t believe there is a “distinction there that’s noteworthy” between what he said on the issue on Wednesday and what he said Thursday.

“I’m not aware, I don’t believe, look up in the thesaurus and find some other ways,” he quipped. “...Someone’s asking me if I’m made aware of something, and the answer is no, then the answer is no.”

Ultimately, Spicer said the “definitive answer” is that the White House is “not aware” of any counterintelligence investigation involving Mr. Trump.