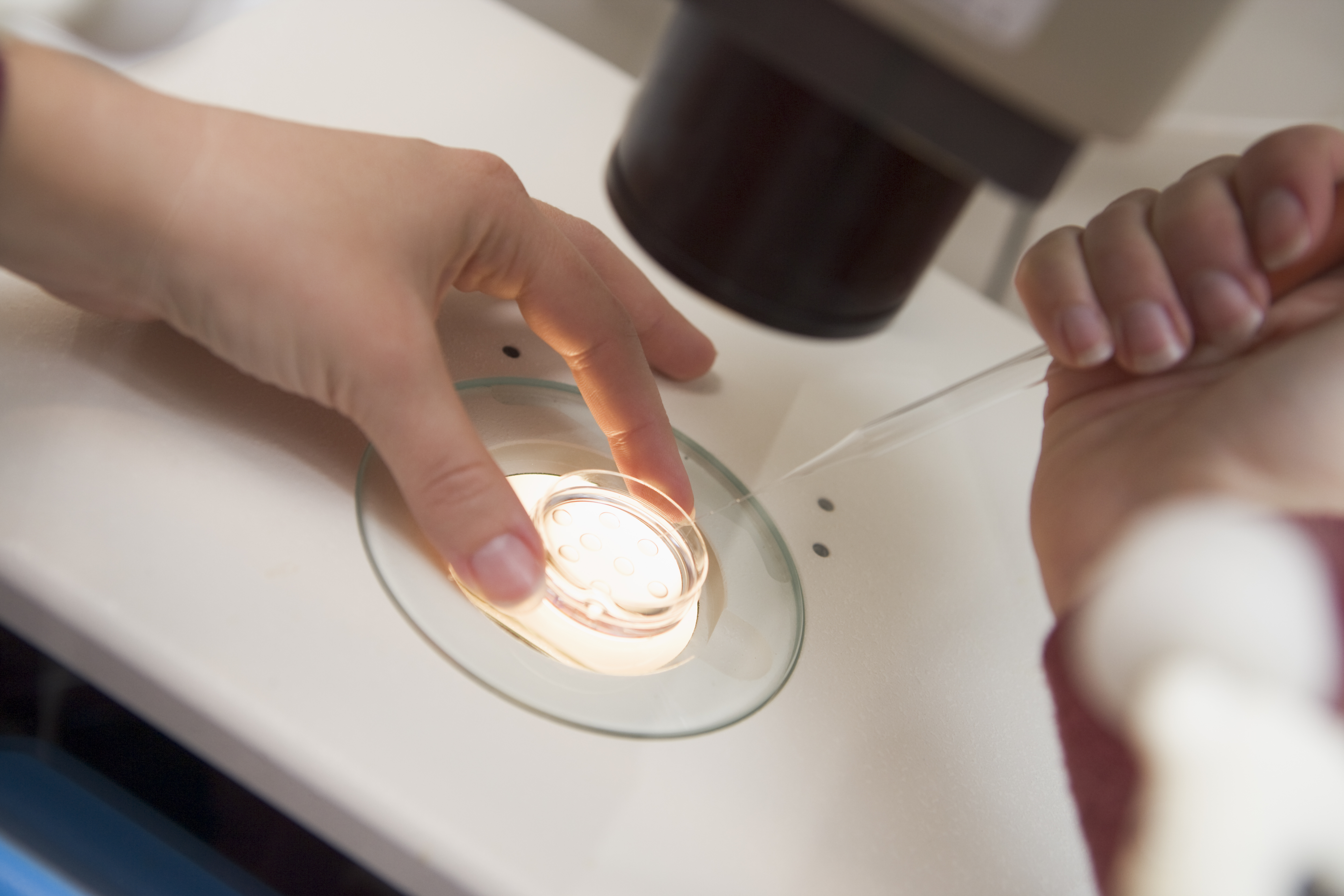 ATLANTA -- He was good on paper: Eloquent, mature, healthy and smart to boot.

That's why Angela Collins and Margaret Elizabeth Hanson say they chose Donor 9623 to be the biological father of their child.

Then last June, almost seven years after Collins gave birth to a son conceived with his sperm, they got a batch of emails from the sperm bank that unexpectedly -- and perhaps mistakenly -- included the donor's name. That set them on a sleuthing mission that quickly revealed he is schizophrenic, dropped out of college and had been arrested for burglary, they said in a lawsuit filed March 31 in Atlanta.

On top of that, the photo of him they'd seen when deciding on a donor had been altered to remove a large mole on his cheek, the suit says.

Collins and Hanson said the Atlanta sperm bank promoted the donor's sperm, saying it came from a man with an IQ of 160, an undergraduate degree in neuroscience and a master's degree in artificial intelligence, who was pursuing a Ph.D. in neuroscience engineering. He was eloquent, "mature beyond his years" and had "an impressive health history," sperm bank staff told them, according to the lawsuit.

"They represented him, both orally and in their donor literature, to be the best of the best," a lawyer for the pair, Nancy Hersh, told The Associated Press.

The women, who live in Ontario, Canada, sued Xytex Corp., its parent company, sperm bank employees and the man they say was the misrepresented donor -- the biological father of at least three dozen children, according to the lawsuit.

The AP was unable to find a phone number for Collins and Hanson, and Hersh declined to make them available for an interview. A message left at a number matching the donor's name was not returned.

The AP is not identifying the donor because it was unable to verify all of the claims in the lawsuit.

James Johnson, a lawyer for the donor, said they are trying to get the lawsuit dismissed and declined to comment further.

A Xytex spokeswoman referred the AP to an open letter company President Kevin O'Brien posted on the company's website in which he wrote the couple's claims "do not reflect the representations provided to Xytex."

The donor had a standard medical exam, provided extensive personal information, said he had no physical or medical impairments and provided photos of himself and copies of his undergraduate and graduate degrees, O'Brien wrote.

The couple was "clearly informed the representations were reported by the donor and were not verified by Xytex," he wrote.

The case shines a spotlight on an industry that has existed for decades but remains loosely regulated.

U.S. Food and Drug Administration requirements for screening sperm donors are limited to screening for contagious or infectious diseases, like syphilis or HIV. They don't require genetic testing.

Two professional associations -- the American Society for Reproductive Medicine and the American Association of Tissue Banks -- also provide guidelines that include additional screening, but those are only recommendations.

Xytex has been in business for 40 years and is a major player in the sperm bank industry.

Most of the big commercial sperm banks in the U.S. follow a pretty consistent standard of practice, said Rene Almeling, a sociology professor at Yale University who has done extensive research on sperm and egg donation. Those practices include asking donors for three generations of family medical history, and doing physicals, blood tests and some genetic testing on them in a process that takes four to six weeks.

Some donors, however, may not have completely accurate information for three generations of their families. And for many diseases there's not just one genetic marker that allows for a definitive test.

"It's not like you have a machine you can put them through or like you can do a blood test for mental illness. That's the scary part," said Andrea Mechanick Braverman, a health psychologist and professor at Thomas Jefferson University.

Donated sperm must also be seen as capturing "a snapshot in time," Braverman said. Most donors are in their early 20s, and it's entirely possible a troubling genetic mutation or hereditary disease could manifest itself years or even decades later.

Even if the screening is incomplete, the information provided to customers is often far more extensive than what the average person might know about his or her partner before having children, Almeling and Braverman both said. How many people know three generations of their spouse's medical history?

Because the screening process is expensive, most sperm banks ask that a donor provide donations once a week for a full year, Almeling said. A sample provided by a donor is generally split between anywhere from two to eight vials, which are sold individually. Samples are frozen and can be held for years, even decades.

No one regulates or keeps track of how often a donor donates or how many children are born as a result of their donations; Xytex sets its own maximum at 60 families reporting births from the same donor. That can lead to dozens of children having the same father, Almeling said. That can have serious implications if a donor is found to carry a genetic defect.

Collins' and Hanson's 7-year-old son has not shown any of the donor's alleged undesirable traits, Hersh said. But the lawsuit says the revelation that their son's biological father has schizophrenia means they have to pay to have the boy evaluated regularly and, in the event that he does become schizophrenic, get him treatment.

The couple wants a medical monitoring fund established for the children of Donor 9623 so they can be tested and treated, if necessary. Collins and Hanson are also seeking punitive damages and other compensation.

Hersh, who said she has handled cases related to fertility for years, said people who are turning to sperm banks to conceive a child are often in an emotionally fragile state.

"What I really want to see happen is some regulation and some evidence of a consciousness of the fact that they are dealing with vulnerable people who are relying on them," she said.