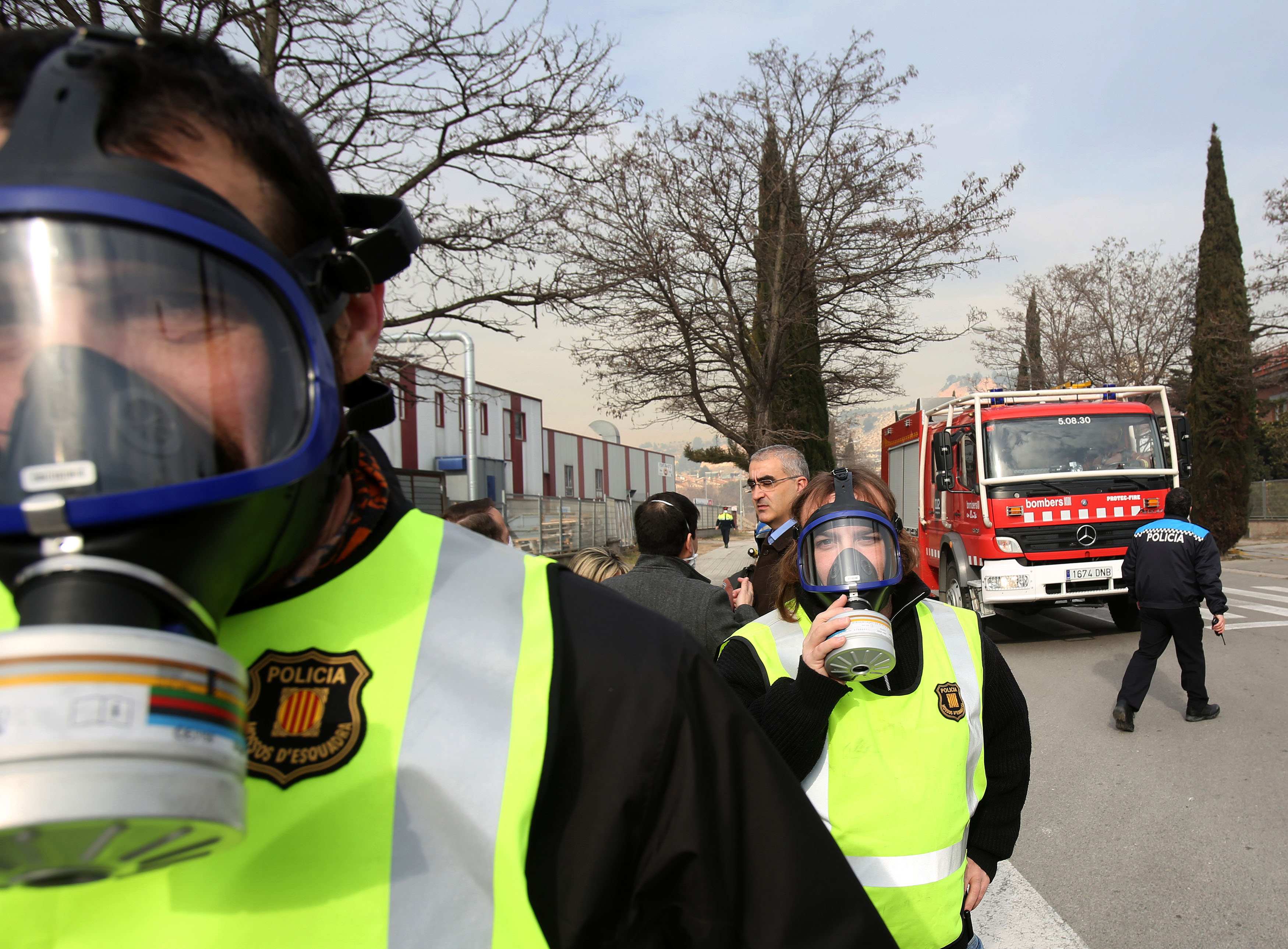 MADRID -- Spanish authorities ordered the residents of five northeastern towns to stay indoors for some two hours Thursday after a chemical explosion at a warehouse spread a large, orange toxic cloud over the area.

A spokeswoman for Catalonia's regional firefighting department said the blast occurred when products being delivered to a warehouse in the city of Igualada became mixed, exploded and set a truck on fire. She said two people were slightly injured.

Firefighters said the chemicals were nitric acid and ferric chloride.

The region's Civil Protection department ordered some 65,000 residents of Igualada and four nearby towns to stay indoors until the cloud dissipated. The order was lifted two hours later but maintained for pregnant women, children, elderly people and those with respiratory problems.

Roads in and out of Igualada, located some 40 miles northwest of Barcelona, were cordoned off during the alert and people were urged not to place themselves in danger by taking photographs of the cloud.

The official spoke on condition of anonymity in keeping with department regulations.