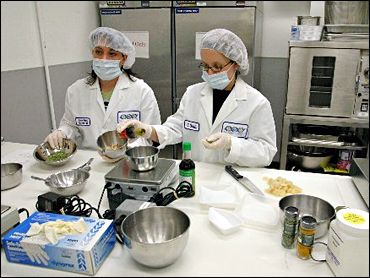 As manager of NASA's Space Food Systems Laboratory, Vickie Kloeris and her staff spend their days developing, testing and packaging meals for astronauts. The goal: variety, nutrition and flavor. No more dry meal cubes, especially during the holidays.

So when astronaut Michael Foale and cosmonaut Alexander Kaleri open their meal packets on Thanksgiving Day, they will find turkey and all the fixings, even as they orbit 240 miles above Earth aboard the international space station.

"It's good. It doesn't taste a lot like a fresh carved turkey but you can't do that in a pouch," Canadian astronaut Chris Hadfield said Wednesday after sampling some of the food.

At first look, the food — which can be freeze dried or thermostabilized, a process similar to canning — is not the most appetizing sight. The presentation — in clear or silver pouches — is a bit sterile and the food can resemble the brownie cubes and chocolate pudding in a tube that astronauts during the Mercury and Gemini programs of the 1950s and 1960s ate.

But once the meals are rehydrated with water or heated, they taste surprisingly good.

Foods like shrimp cocktail — the most requested item by astronauts — or green beans and mushrooms, or split pea soup have the look, flavor and thickness of items eaten at any restaurant. Better yet, the food remains good in the packages for up to two to three years.

"We want foods with lots of texture and different colors," said food scientist Donna Nabors, wearing a white coat and plastic gloves as she prepared a large tray of shrimp fried rice in the lab's kitchen.

The dish, prepared with water chestnuts, peas, carrots and various spices, was placed in a machine resembling a large clothes dryer for a five-day freeze-drying process. Then, it will be vacuum sealed in individual serving pouches.

Having a variety of meals is important to the astronauts, Kloeris said. Astronauts on the space station have a 10-day meal cycle. Their menu, chosen from a list of more than 250 food items, is split between American and Russian food.

"We don't want them to suffer from menu fatigue," she said. "More variety on the menu is something we've heard from every station crew that has returned. It helps them psychologically."

Hadfield said on longer missions, like living aboard the space station for several months, food can become an important part of an astronaut's daily routine.

"There's lots of good food. At meal time, you look forward to it," he said.

Space station crew members, who have three meals a day plus a snack, heat up some of their food in a warmer that looks like a silver suitcase.

Each meal costs an average of $100, mostly due to packaging and testing, Kloeris said. It can take six to eight months for the lab to develop and test a new food item.

In the last three years, the lab has developed 50 new items, but as with any cook and kitchen, there are culinary misfires. A swordfish dish prepared with a tomato sauce proved unpopular with many astronauts.

"One of the complaints that crew members have about fish on orbit is the smell. We thought maybe the tomato sauce would mask the smell," Kloeris said.

The astronauts said it made it worse, she said.

"We haven't given up on fish but we have to come up with a different formulation," she said. 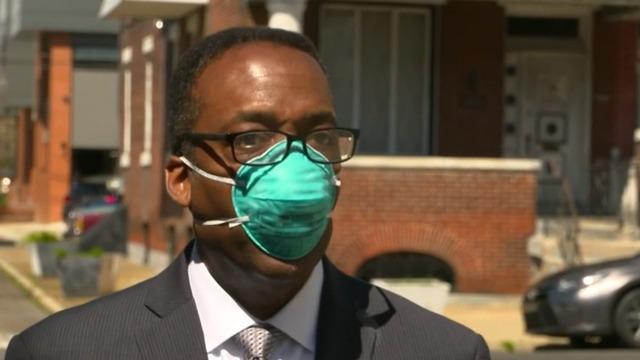