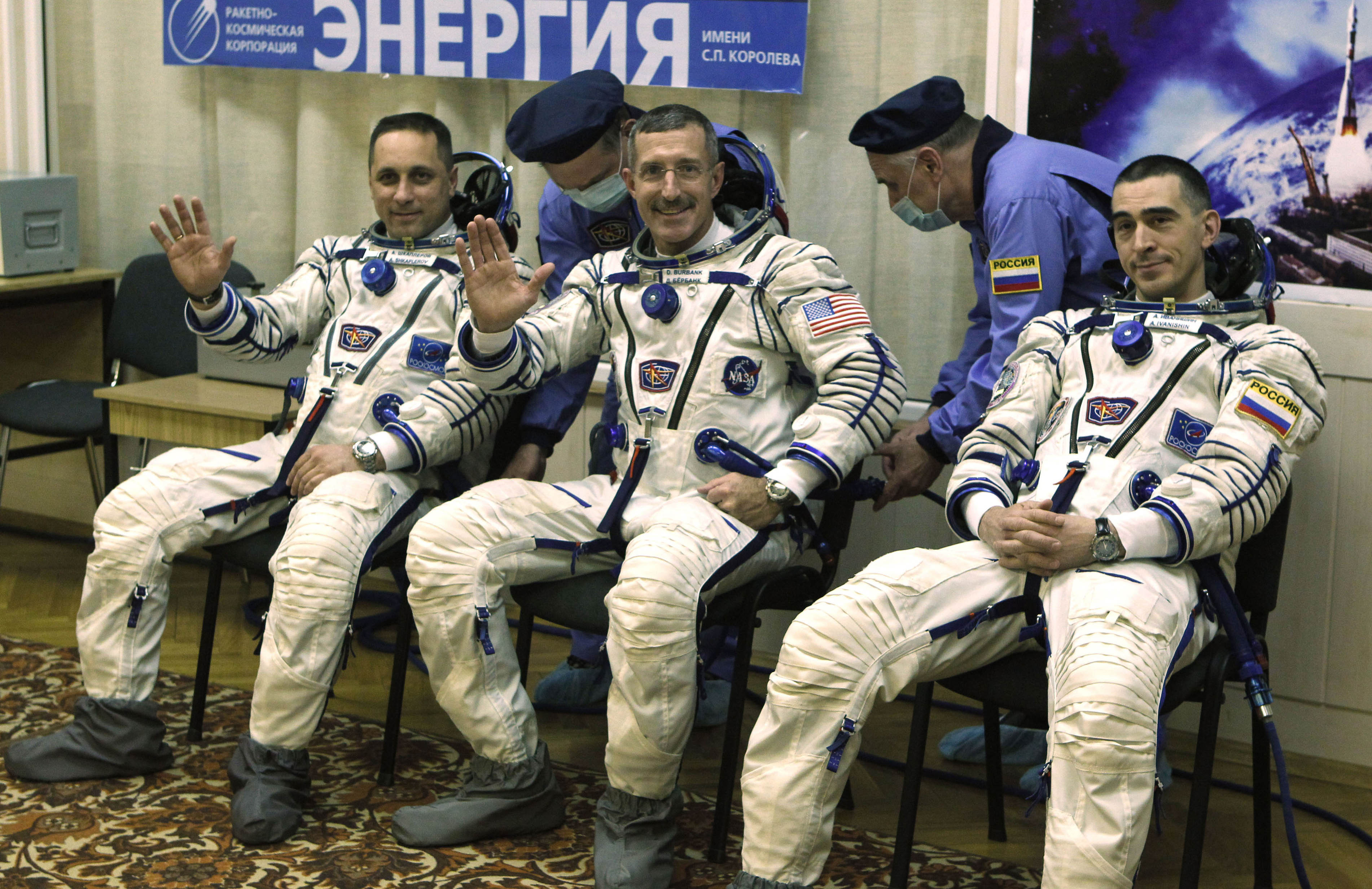 MOSCOW - The International Space Station got three new crewmembers Wednesday, temporarily doubling in crew size with the arrival of a Russian Soyuz capsule.

The Soyuz TMA-22 delivered NASA astronaut Dan Burbank and Russians Anton Shkaplerov and Anatoly Ivanishin, who blasted off from Kazakhstan on Monday. They moved onto the station about two hours after their capsule successfully docked.

The three newcomers were greeted with hugs and handshakes from American Michael Fossum, Russian Sergey Volkov and Japanese Satoshi Furukawa who have been at the station since June and are due to return to Earth next week.

The 39-year-old Shkaplerov and 42-year-old Ivanishin are making their first flights into space. Burbank, 50, who will take over command of the space station, is a veteran of 12-day shuttle missions in 2000 and 2006. The three men are to remain aboard the space station until March.

Officials at Russia's Mission Control outside Moscow and the cosmonauts' families radioed congratulations to the crew.

The mission's launch had been delayed for two months because of the crash of an unmanned Progress cargo ship in August. That failed launch raised doubts about future missions to the station, because the rocket the crashed ship used had the same upper stage as the booster rockets carrying Soyuz ships into orbit. The delay cut the crew numbers to three. Another launch next month will take the station back to its normal six-person crew.

William Gerstenmaier, NASA's associate administrator for space operations, said in a televised news briefing shortly after the docking that "the Russian team did the tremendous job of getting the launch and the docking ready."