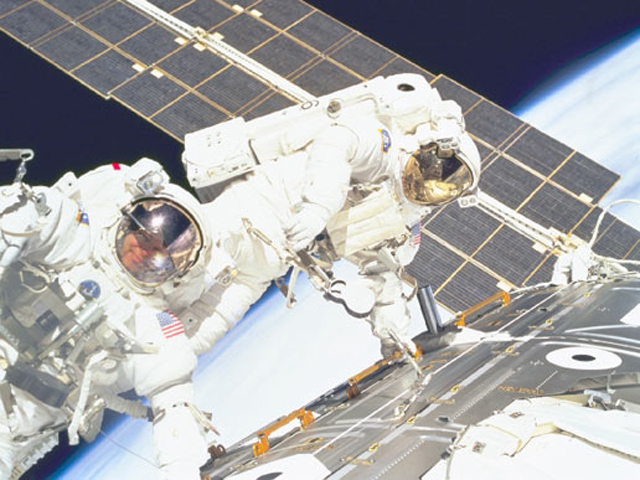 WASHINGTON - NASA is looking to hire new astronauts to fly in space. You can even apply online at a giant government jobs website.

Only one trouble: With the space shuttle fleet retired, NASA doesn't have its own spaceship to fly astronauts and is sending fewer of them into orbit.

But with veteran astronauts leaving the space agency, NASA's flight crew chief says the agency is afraid it will not have enough astronauts. So in front of dozens of elementary school students, NASA on Tuesday unveiled its biggest ever public push to hire new astronauts. Astronauts will fly on a Russian Soyuz spaceship to the International Space Station, eventually on American-built commercial rockets and even later in a NASA crew capsule.

The number of active space-flyers has dropped from 150 in 1999 to 61 this year. Many of the people who worked in NASA's astronaut program either have retired or left the agency for employment in other industries.

On the flip side that also means more immediate opportunities for those in the program to get into space.

"As we enter this new era of commercial spaceflight, there will be even more opportunities for those of you who want to fly," said NASA chief Charlie Bolden said during a briefing Tuesday.

He maintained that human spaceflight remained "alive and well at NASA" despite the end of the shuttle program.

"We're now setting our sights on even more distant horizons," he said. "We're once again ready to go where no man or woman has gone before."

Anyone looking to apply to become an astronaut can find an application by visiting www.usajobs.gov.