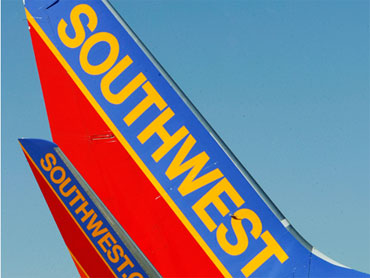 CHICAGO - A Chicago Fire Department spokesman said nobody was injured when a Southwest Airlines jet skidded off a runway into mud at Midway Airport.

Firefighter Richard Rosado said the plane skidded off the runway at about 1:35 p.m. Monday afternoon. Southwest officials said there was heavy rain in the area when the flight from Denver landed.

The passengers exited the aircraft, a Boeing 737-700, using air stairs and have been bused to the terminal.

In 2005, a 6-year-old boy was killed when a plane at Midway skidded off a runway, through a fence and slammed into a car in which he was riding.