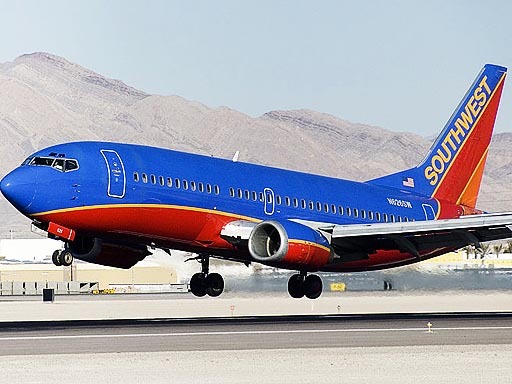 (CBS) A petite Sacramento woman was bumped from a Southwest Airlines flight to make room for an extra-large 14-year-old who required two seats.

The 5-foot-4, 110-pound woman, who was flying standby from Las Vegas to Sacramento, was buckled up and ready to go when the teen arrived late to the gate, reported the Sacramento Bee. She was surprised when flight attendants said she would have to deplane to make room for the teen.

When the woman - who did not give her name to the paper for fear of being perceived as insensitive - expressed irritation, airline employees began to "berate" her for complaining, she told the newspaper.

"We know this was awkward and we should have handled it better," said Southwest spokeswoman Marilee McInnis, adding that normally the airline would ask for volunteers to give up their seats. In this case, however, flight attendants may have been rushing to make room for the kid in order to save him from embarrassment.

Southwest can't seem to win for losing. This is the same airline that made headlines recently when it booted chubby blogger Kevin Smith, 39, from his seat because he had to squeeze himself into it.

After the Smith incident, Southwest said his removal was for the "safety and comfort of all customers," maintaining that a large person could block passengers seated nearby from exiting quickly in the event of an emergency.

Southwest generally requires large passengers to buy two tickets. But in this case, the child's parents had purchased only one.