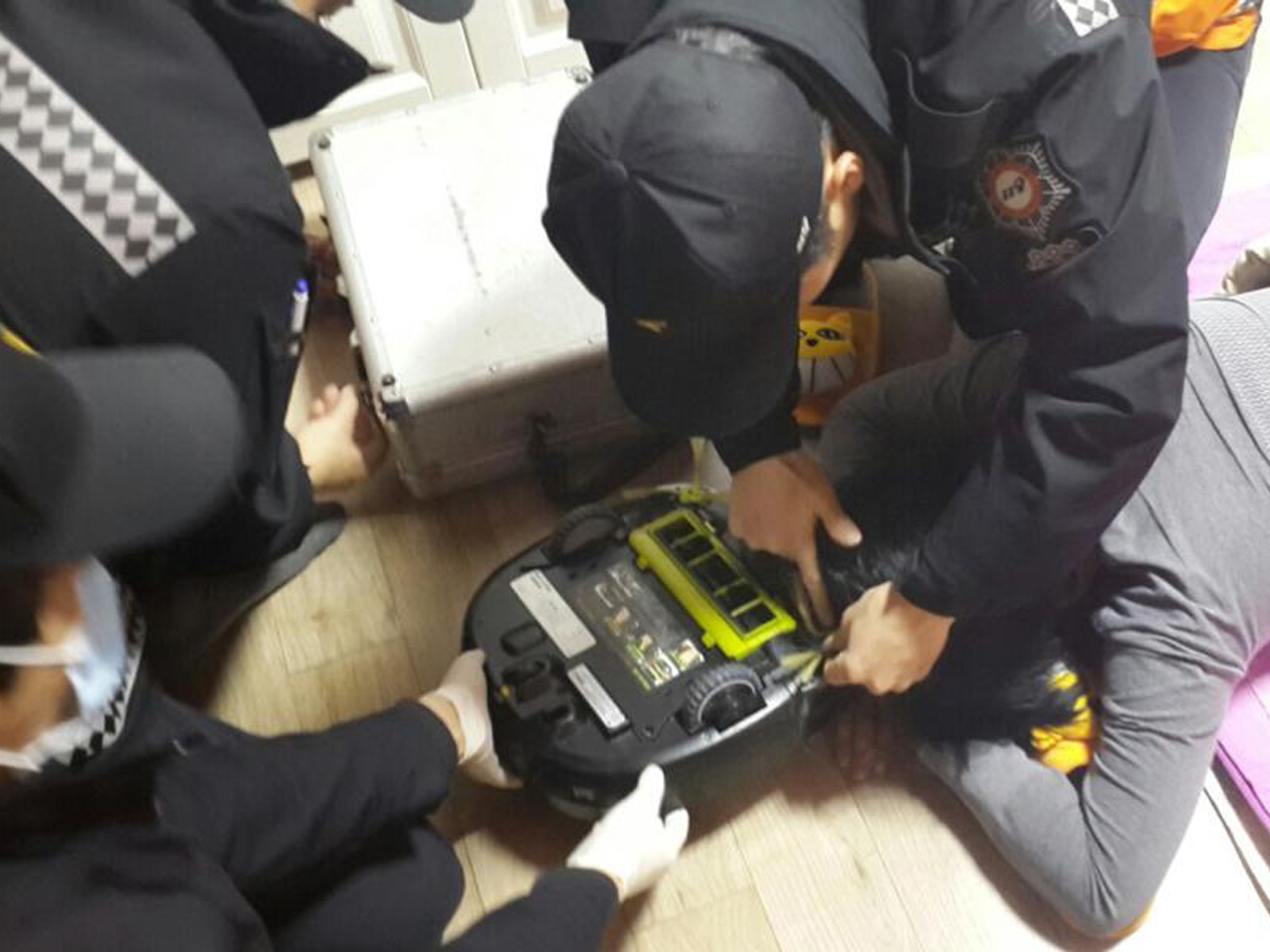 SEOUL -- Not the first time modern technology has clashed with age-old traditions, perhaps, but a South Korean woman was lucky to escape relatively unscathed after her household gadget tried to devour her mane.

Mrs. Ryu set her automatic robotic vacuum cleaner to diligently do its job last week, but was rudely awoken when the machine mistook her hair for some filth left laying around on the floor.

Ryu, 52, from Changwon City, southeast of Seoul, made the mistake of laying down for a nap on the floor - common practice in many parts of Asia - while simultaneously employing the help of her vacuu-bot.

Then the basketball-sized machine came across the ends of Ryu's hair, it quickly started diligently sucking it up.

"I looked for the power switch, but the machine kept running," Ryu told MBC, a South Korean television network. "My head began to really hurt."

Unable to turn off the machine on her own, Ryu called the emergency services while still lying on the floor. Four firefighters were dispatched and set to work detaching the vacuum cleaner from Ryu's head.

"Because so much hair had been sucked into the cleaner, it was impossible to dismantle the vacuum cleaner without proper equipment," Sanghoon Lee, one of the firefighters, told MBC.

Ryu lost some hair but was able to quickly resume her daily life.

Gadget-crazed South Korean consumers and their neighbors in the region may be particularly vulnerable to robo-vac rage due to their culture.

In a typical South Korean home, the hard-surface floors are often the preferred resting places for middle-aged and elderly inhabitants. Western mattresses and bed frames only became widely available in South Korea in the 1990s.

In traditional Korean guesthouses, guests are invited to sleep on the floor to enjoy an authentic experience. If you visit, it might be worth asking if any robotic house help is switched on before you hit the tiles for that nap.