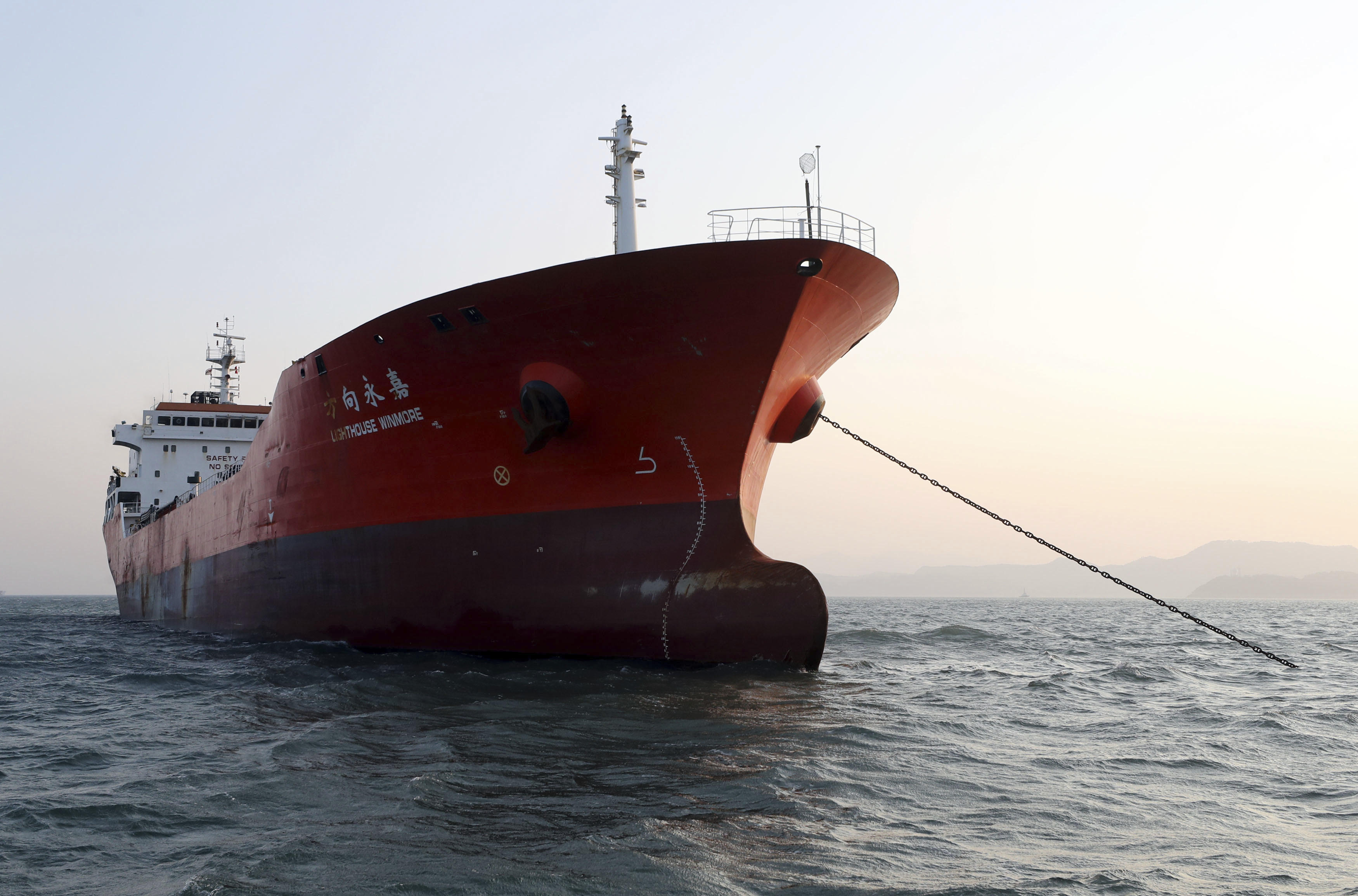 SEOUL, South Korea -- South Korea said Friday that it was holding a Hong Kong-flagged ship and its crew members for allegedly violating U.N. sanctions by transferring oil to a North Korean vessel in October.

The Lighthouse Winmore is believed to have transferred about 600 tons of refined petroleum products to the North Korean ship, the Sam Jong 2, in international waters on Oct. 19, after leaving the South Korean port of Yeosu, a South Korean Foreign Ministry official said. There was no immediate evidence of Chinese involvement in the ship's dealing with North Korea.

South Korean customs authorities boarded the ship and interviewed crew members after they returned to Yeosu on Nov. 24. South Korea formally seized the ship after the U.N. Security Council on Dec. 22 imposed new sanctions on North Korea that allow member states to seize, inspect and freeze vessels that are suspected of transferring banned goods to or from North Korea, the official said. He spoke on condition of anonymity, citing office rules.

The ship's 25 crew members - 23 of them Chinese nationals and two from Myanmar - were being held at Yeosu and plans were to allow them to leave South Korea after authorities finish investigating them, the official said. South Korea plans to report the results of its inspection to the U.N. Security Council's sanctions committee.

The ship, which also transferred oil to three other non-North Korean ships, was chartered by Taiwan's Billions Bunker Group and stopped at South Korea to load up about 14,000 tons of Japanese oil products. It claimed its destination as Taiwan when leaving Yeosu on Oct. 11, the official said.

North Korea has come under heavy sanctions imposed by the U.N. Security Council as it accelerated efforts to expand its nuclear weapons and ballistic missiles program. In recent months, the North conducted its most powerful nuclear test to date and flight-tested intercontinental ballistic missiles three times, raising concerns it's closer than ever toward gaining a military arsenal that can viably target the United States.

Mr. Trump said on Twitter on Thursday that China had been "Caught RED HANDED," adding that he was "very disappointed that China is allowing oil to go into North Korea."

"There will never be a friendly solution to the North Korea problem if this continues to happen!" the president said, without citing the source of his information. He later told The New York Times, "It was reported this morning, and it was reported on Fox."

On Friday, China rejected reports it has been selling oil to North Korea.