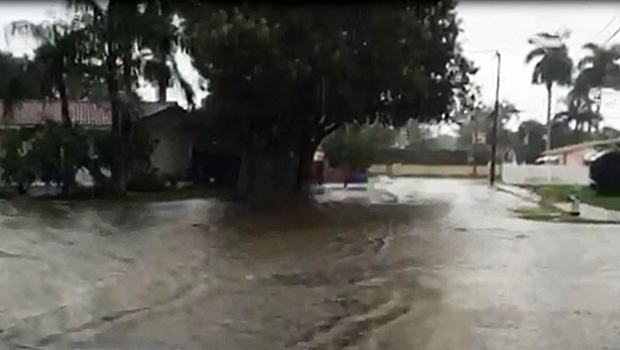 The water depth was estimated to be a foot high in some areas. Floridians posted pictures of flooded streets to Twitter.

Dozens of cars were stalled due to the flooding.

The heavy rain was expected to go on until at least the early evening hours.