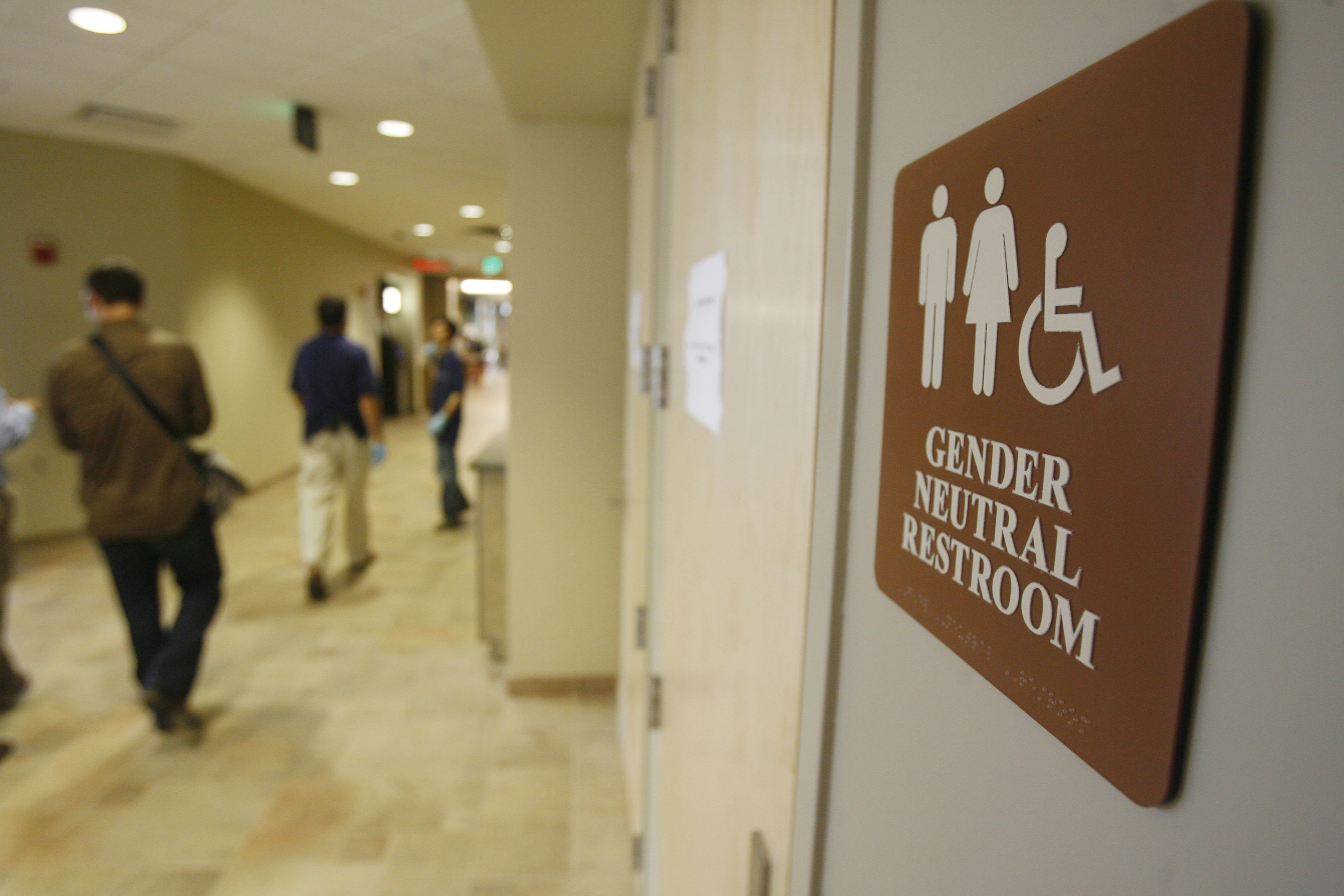 PIERRE, S.D. -- South Dakota's governor vetoed a bill Tuesday that would have made the state the first in the U.S. to approve a law requiring transgender students to use bathrooms and locker rooms that match their sex at birth.

Republican Gov. Dennis Daugaard, who initially reacted positively to the proposal but said he needed to research the issue, rejected the bill after the American Civil Liberties Union and the Human Rights Campaign insisted it was discriminatory.

In his veto message, Daugaard said the bill "does not address any pressing issue" and that such decisions were best left to local school officials. He also noted that such a law could create costly liability issues for schools and the state.

The ACLU had promised to encourage legal action had the bill been signed. After the veto, the organization said the decision "will place him (Daugaard) unequivocally on the right side of history," CBS affiliate KELO reported.

"I am so happy right now. You have no idea," said 18-year-old Thomas Lewis, a transgender high school student in Sioux Falls. Lewis said he has support at his school, but the veto shows that such support goes beyond his friends.

"The government's not going to hold me back from who I really am," he said.

The bill's sponsor, Republican Rep. Fred Deutsch, said he would ask lawmakers to concur with the veto, saying more focus on the issue would "detract from the other significant accomplishment of the Legislature this session." The Republican-controlled Legislature approved the bill last month, with supporters saying it would protect student privacy.

Caitlyn Jenner, the transgender activist and former Olympic decathlon gold medalist, had called on Daugaard to veto the bill.

Other high-profile cases include last week's vote in North Carolina by the Charlotte City Council to allow transgender people to choose a bathroom. The vote was immediately criticized by Gov. Pat McCrory, who said it denied privacy rights for those who expect to share restrooms or locker rooms only with people born with the same anatomy.

In Texas, Houston voters soundly defeated an ordinance that would have banned discrimination against transgender people after opponents alleged it would allow sexual predators to go into women's bathrooms.

The governor initially offered a positive reaction to the proposal, but said he needed to research the issue and listen to testimony before making a decision. Last week, he met with three opponents of the bill who are transgender and heard their personal stories. Before the meeting, the governor said he had never knowingly met a transgender individual.

Opponents called the legislation an attack on vulnerable transgender students that would further marginalize them at school. They also criticized comments made by some lawmakers, including Republican Sen. David Omdahl.

"I'm sorry if you're so twisted you don't know who you are," Omdahl said when asked about the bill in February. "I'm telling you right now, it's about protecting the kids, and I don't even understand where our society is these days."

Under the plan, schools would have been required to provide a "reasonable accommodation" for transgender students, such as a single-occupancy bathroom or the "controlled use" of a staff-designated restroom, locker room or shower room.

Supporters said the proposal was a response to changes in President Barack Obama administration's interpretation of the federal Title IX anti-discrimination law related to education. Federal officials have said barring students from restrooms that match their gender identity is prohibited under Title IX.

Deutsch, who sponsored the proposal in the South Dakota House, had said the plan "pushes back against federal overreach and intrusion into our lives."

Heather Smith, executive director of the ACLU of South Dakota, said Tuesday that schools would have been forced into the tough position of choosing whether to follow federal Title IX or state law if the governor had signed the legislation. She also said her organization would have encouraged any student harmed by the new law to file a federal civil rights complaint.