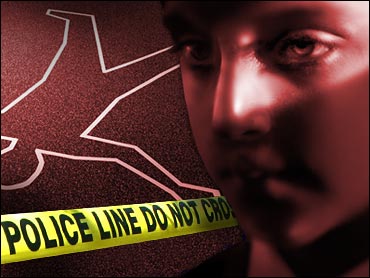 (CBS/AP) SIOUX FALLS, S.D. - A South Dakota couple pleaded not guilty Tuesday on accusations that a two-year-old girl lay dead in the closet of their home while they were binging on drugs and that they failed to call 911 about the death until 14 hours later.

Police said another child invited two young neighbors over to take a look at the dead toddler while the adults in the home were using sleeping pills, methamphetamine and marijuana during the day and a half in July when the child's death still hadn't been reported.

Taylor Cournoyer, 21, and Laurie Cournoyer, 29, are charged with failing to notify police of the toddler's death in addition to five counts of child abuse related to other children who lived in the home with them.

They are the first people charged under a South Dakota law passed earlier this year that says a parent, guardian or caretaker who knowingly fails to report a child's death within six hours could face a felony charge punishable by up to five years in prison. It was modeled after Florida's "Caylee's Law," which was passed following the high-profile death of 2-year-old Caylee Anthony, who wasn't reported missing until 31 days after she vanished in 2008 in Orlando.

The couple were caring for the toddler but aren't her parents. They pleaded not guilty at a hearing in Charles Mix County Court in Lake Andes, about 120 miles southwest of Sioux Falls.

An 11-year-old boy also has been charged, but details of his alleged involvement are not being released because he is a juvenile.

Laurie Cournoyer had a difficult time recalling when she had last seen the toddler, according to police affidavits.

"Maybe it was yesterday, I don't know," she said, when questioned about the exact time she last saw the two-year-old. She couldn't recall who placed the toddler in the closet.

When an investigator asked Taylor if the kids came in for supper on July 3, he said no. The family had "kind of roughed it this month" and "really didn't cook dinner" because most of their food was gone, he said, according to the affidavit.

An autopsy was done, but the girl's cause of death hasn't been released.