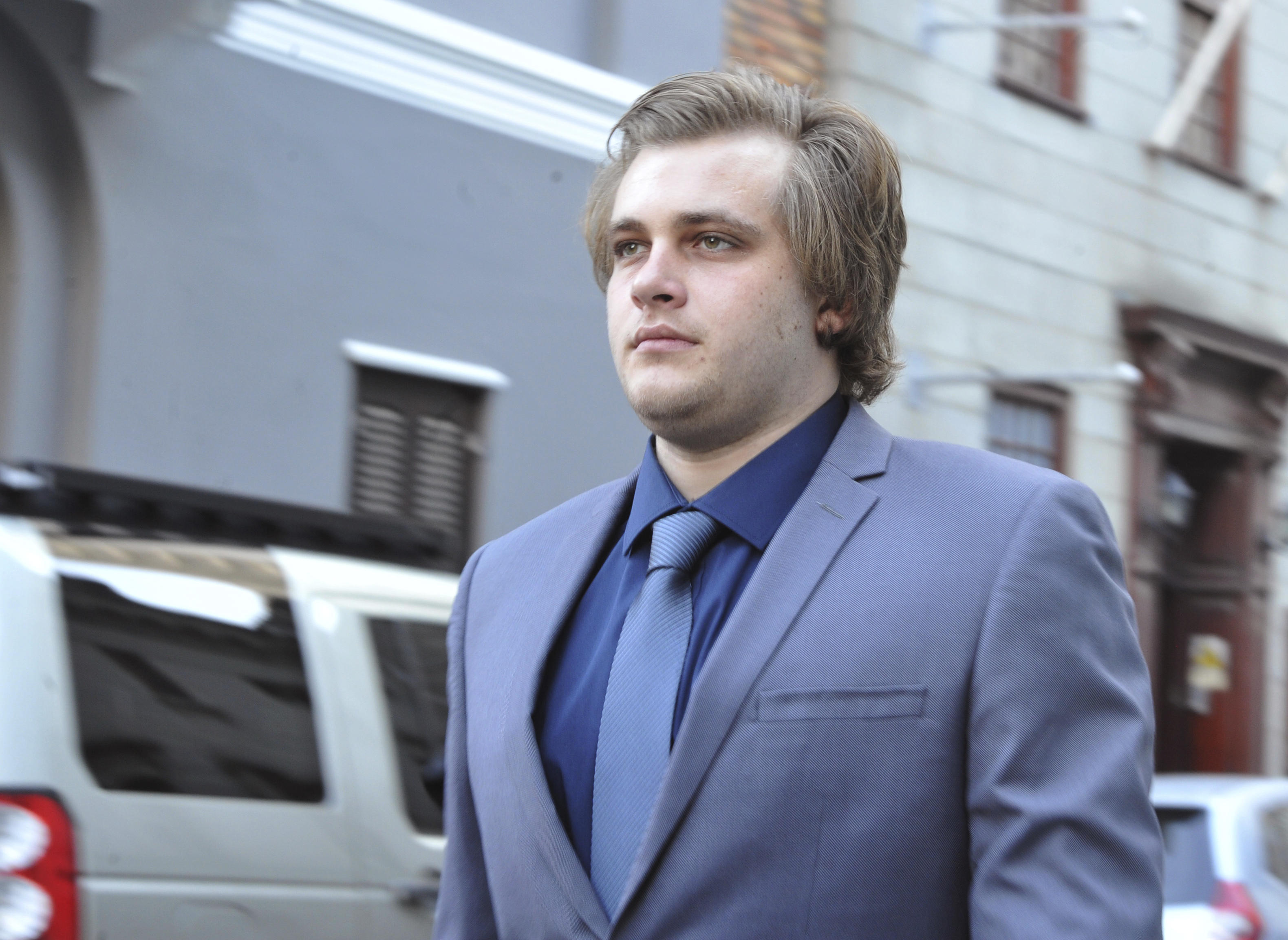 JOHANNESBURG -- A South African man accused of murdering three members of his family with an ax pleaded not guilty on Monday, saying he fought with a laughing attacker during the slaughter at their upscale home.

The trial of Henri van Breda began more than two years after his parents and older brother were killed in Stellenbosch, a scenic wine-growing region. Van Breda also is charged with attempting to murder his sister during the killing spree on Jan. 27, 2015. Marli, then 16, suffered severe injuries and is reported to be unable to remember the incident.

The case, which shocked many people in a country that already has a high rate of violent crime, also has attracted international attention. The family had emigrated to Australia but returned several years ago. Martin van Breda, his wife, Teresa, and their eldest son, Rudi, were killed.

Police Sgt. Adrian Kleynhans, the first officer at the crime scene, testified in the Western Cape High Court that he smelled alcohol on the breath of Henri van Breda. Kleynhans said the suspect “appeared emotional, like he was blowing off steam, and was nervous but wasn’t crying,” the African News Agency reported.

The police officer said he saw a laptop and a handbag with cash on the bottom floor, and that the area didn’t resemble a normal burglary scene in which things are usually scattered around.

Van Breda said he went to the bathroom later that night, heard banging sounds and opened a door to see someone attacking his brother with an ax. He shouted for help and his father entered and accosted the attacker, who was wearing a ski mask, according to van Breda’s account.

“The attacker was laughing,” van Breda said. “I heard my mother’s voice saying, ‘What is going on?’”

He said there may have been at least two attackers, and that he suffered minor injuries while wrestling with one of them. He called emergency responders several hours later, according to South African media reports.

Van Breda, who also has been charged with tampering with the crime scene, was found by police sitting outside the house, his clothing stained with the blood of the victims, according to media reports. Investigators found a bloodstained ax and kitchen knife in the house.

Van Breda was later released into the care of an uncle, and was barred from contacting his sister.