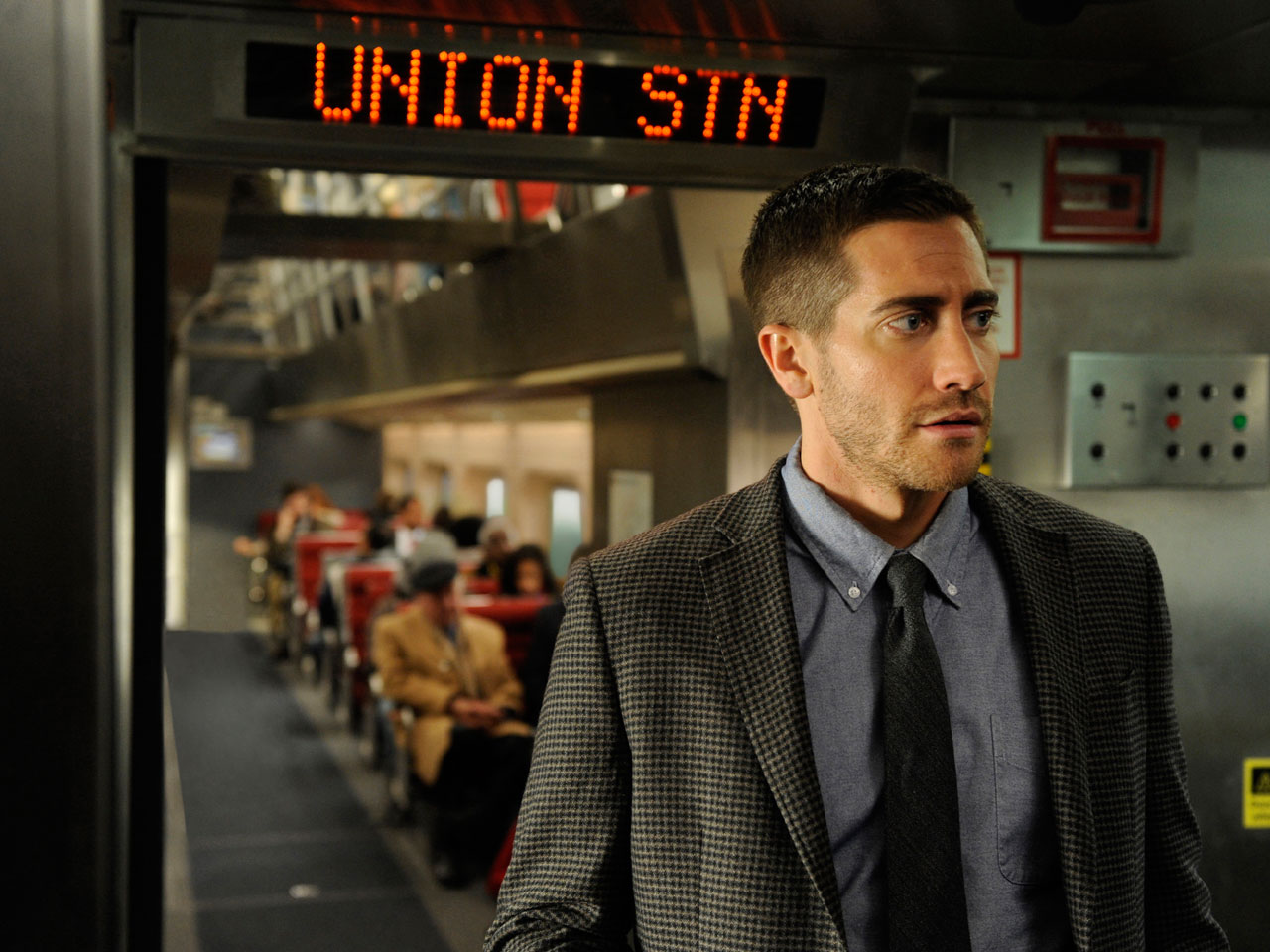 (CBS) What would you do if you knew you had just eight minutes left to live? Jake Gyllenhaal ("Brokeback Mountain," "The Prince of Persia," "Love & Other Drugs") tries to figure that out in director Duncan Jones' "Source Code."

Playing decorated soldier Captain Colter Stevens, Gyllenhaal wakes up in the body of an unknown passenger on a Chicago commuter train that he later learns exploded hours ago. He finds himself front and center as a guinea pig for a brand new government experiment called the "source code," a program that enables him to be transposed into the body of another person, with the caveat that it can only be for the last eight minutes of that person's life.

With one train explosion already having wreaked havoc in Chicago, a second threat, if successful, would prove devastating and kill millions of innocent people. Colter is charged with going back for the exact same eight minutes in time, multiple times, in order to pin point who the terrorist perpetrator is in order to avert a second massive rail catastrophe from shutting down the city.

Directing him in this intricate mission is Vera Farmiga ("Up in the Air," "The Departed") who plays Colleen Goodwin, a captain with the Air Force designated to coach Stevens through his mission. Her job is to direct him through various realities to retrieve information on who the train bomber is. Adding the romance factor is Michelle Monaghan ("Perfume," "The Bourne Identity") as Christina, who delivers a strong performance as the doe-eyed unsuspecting passenger, who has no idea of what is about to come next. Monaghan also served as executive producer on the film.

After a lackluster performance in the "Prince of Persia" and only a lukewarm reception for "Love and Other Drugs," Gyllenhaal delivers an intense, hard-edged character that we haven't seen from him before. Right out of the gate he manages to capture and hold the audience's attention - not an easy feat, given that the first half of the film revolves around reliving the last eight minutes of a doomed train ride. It's hard to build suspense when the audience knows what's going to come next and sees it multiple times. However, Gyllenhaal excels and each time he finds himself thrown back into the same set of circumstances, he finds a different angle to play up in a highly nuanced performance.

His trademark "gentler" side also makes an appearance when he learns about the circumstances that led him to be a part of the source code trial. Farmiga is as cool as a cucumber, the pinnacle of professionalism in her role as the Captain who is instructed to give nothing away.

Jones' film harks back to his first film "Moon" and draws several parallels between alternate realities, a theme he seems completely at ease translating onto celluloid. He is a visually captivating storyteller and includes some strong, gritty imagery to back up his story. The only shortcoming is in his necessity to explain what the source code actually is. It is a difficult concept to grasp and instead of trying so hard to make audiences understand every aspect of it, he would have done well to leave some room for interpretation on the part of viewers.