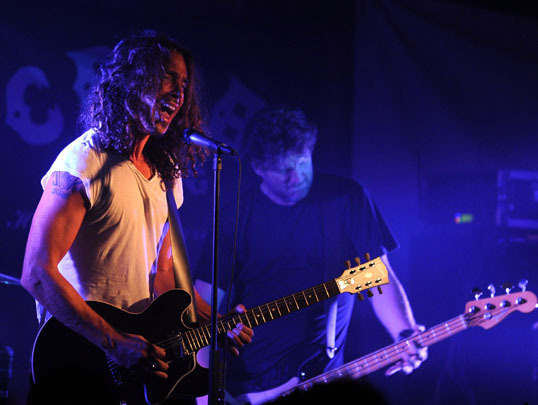 (CBS) No longer will you have to placate yourself with "Live on I-5" or lament missing Lollapalooza 2010, Soundgarden fans. You can see the real thing when the band hits the road for a summer tour.

Soundgarden announced the first dates on its website. They are:

There's also a new album in the works. In a February post to the band's website, the guys said they'd be recording soon. Guitarist Kim Thayil tells Spinner that he, Chris Cornell, Ben Shepherd and Matt Cameron have been writing since December or January.

"Our interests have gone off in slightly different directions, but at our core, we're still moved by the things that informed Soundgarden's body of work," he tells Spinner, "which is the sort of dark beauty, heaviness and an aggressiveness without being viscerally old and awkward."

He adds that the band won't release anything until it's ready. More information on the live dates can be found on the band's website.