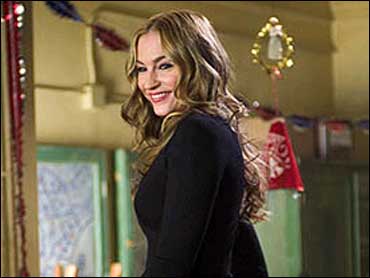 Drea de Matteo, who played Adriana La Cerva on HBO's "The Sopranos," is pregnant with her first child.

De Matteo, 35, concluded her run on "The Sopranos" when her character was killed in the fifth season of the hit mob drama.