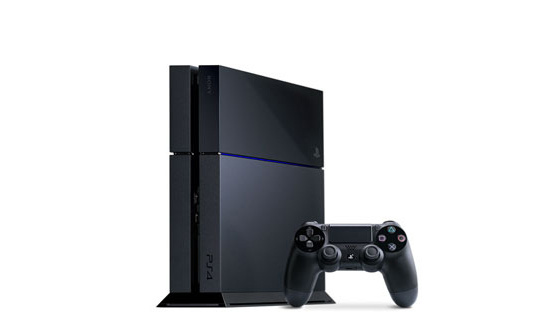 Sony's PlayStation is diving into the entertainment business in a way that may worry cable and satellite companies.

Sony on Thursday unveiled its long-teased online TV service, known as PlayStation Vue, which will kick off with around 75 channels for each market with TV shows, movies and other programs from major networks and local stations -- all without a cable or satellite subscription.

PlayStation Vue marks the first multi-channel television service that runs over the Internet and bypasses the traditional cable and satellite TV providers. For Sony, Vue is the company's attempt to dominate the living room beyond video games, turning its PlayStation console into a hub for the home. The online service could potentially be a boon to cord-cutters -- consumers who eschew traditional paid-TV for a broadband connection and a collection of online video services -- although the price of Sony's service will be a key factor.

While Sony touted "transparent pricing with no commitments," the company did not disclose how much the service will cost, saying more details would come when Vue launches commercially in early 2015. The service will be sold on a month-to-month basis.

The service will initially be available as an invite-only beta during November for a limited number of PlayStation 3 and PlayStation 4 owners. Sony is eyeing a phased rollout starting in New York and then shifting to Chicago, Philadelphia and Los Angeles.

PlayStation Vue will then will debut on the iPad and eventually on more Sony and non-Sony devices.

Its commercial launch is set for the first quarter of 2015.

Sony is playing up the ease of the service as an alternative to traditional paid-TV services like cable and satellite. Users will be able to search for TV shows and movies and explore live and on-demand TV based on genre, popularity and other factors. The service will recommend shows and movies based on viewing history.

"Everyday TV is about to become extraordinary with our new cloud-based TV service, PlayStation Vue," Andrew House, Group CEO of Sony Computer Entertainment, said in a statement. "PlayStation Vue reinvents the traditional viewing experience so your programming effortlessly finds you, enabling you to watch much more of what you want and search a lot less."

On-demand content will be available for up to three days, so watchers don't necessarily need to set the DVR. They can also save shows and movies online without storage limitations. Users will have up to 28 days to watch any content they've stored in the cloud.

While Sony has many key media partners lined up for the service, it may not be a complete replacement for those used to a full offering of cable and satellite channels. Notably missing from the announcement are channels under the Disney umbrella, including king of cable-TV sports ESPN, as well as AMC, home of the uber-popular television show, "The Walking Dead." Also missing are ABC and premium channels such as HBO.

There doesn't appear to be an option to pick and choose channels, also known as a la carte, with the channels bundled together like a traditional cable package.

Sony also isn't alone in its online aspirations. Companies like Verizon and Dish have both made big strides aimed at launching their online-only multi-channel video services soon, having lined up key programming partners like Viacom -- the parent company of channels like MTV, Comedy Central and Nickelodeon -- and Disney.

Sony believes its base of PlayStation customers will serve as a foundation for its online TV service. House told Bloomberg that around 35 million PS3 and PS4 consoles are in circulation. He also said that these are largely owned by younger men who watch a fair amount of video content and don't mind paying for large cable packages. House also said he believes he can sway them to drop their cable TV subscriptions in favor of PlayStation Vue and even lure people who aren't gamers to buy a PlayStation just to get the new service.

Sony isn't the first video game company to dabble in home entertainment, although Vue represents a more ambitious attempt. Microsoft attempted to position its Xbox One console as an entertainment hub, allowing owners to hook their cable feed directly into the device. The company also attempted to create its own programming with Xbox Entertainment Studios before it was shut down last month. Nintendo likewise attempted to push its TVii service on its Wii U console early on.

Both Microsoft and Nintendo have since downplayed their respective entertainment features and have focused more on their core gaming capabilities and titles.

Sony did not immediately return a request for comment.

CNET's Joan Solsman contributed to this report. This article originally appeared on CNET.