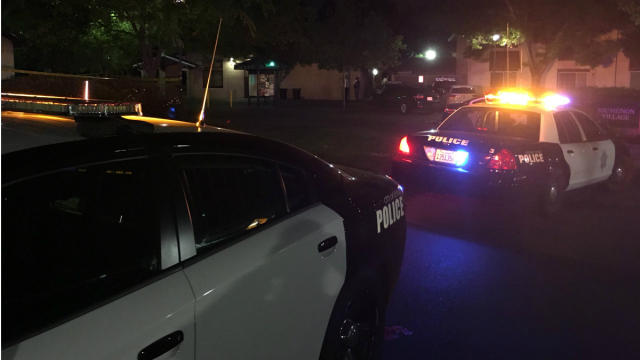 ROHNERT PARK, Calif. -- Police say a man was stabbed to death inside a college dorm Sunday night in Northern California. Another man has been arrested. CBS San Francisco reports that Sonoma State University officials wouldn't say if the victim or the suspect was enrolled at the university, but they said both the victim and suspect are college-aged males.

"Both individuals are college-aged males," said Sonoma State University interim Police Chief David Dougherty. "We do not know at this moment if they are students at Sonoma State."

Sonoma State is about 45 miles north of San Francisco.

Both the university and police declined to identify either the victim or suspect or provide any detailed information about the incident.

The Sauvignon Village community is described on the university's website as a housing option for first-time freshmen at the 9,400-student university.

A university spokesman says there is no further risk to students and finals will begin Monday as scheduled.

A Sonoma State student named Kyle Stickels told CBS San Francisco he believes he may have seen the assailant just after the incident happened.

"We heard some screaming and I ran outside to see what was going on, because it was obvious; no joking around, screaming," said Stickels. "I looked around and there was a guy. He started walking down the stairs. And I looked at him and he came around and then I saw the right side of him. And his arm was all bloody and he was carrying a knife. And I just kind of stared at him. And he looked at me and he said, 'I was attacked.' And at that point, me and my friends started telling everyone to get inside."

Stickels said that while the man was bloody, he didn't seem hurt.

"It wasn't his injuries. It wasn't his blood. He was moving fine," said Stickels, who add that he thought the man he saw may have been the suspect.