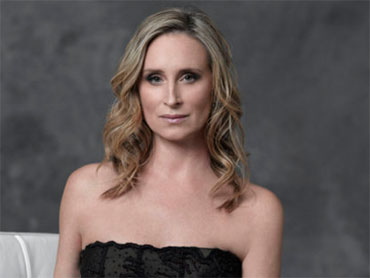 Sonja Morgan arrived on the reality TV program Thursday night and joined in on the drama already being swirled by the other housewives.

Morgan, who de Lesseps describes as a "sexy pistol," divorced J.P. Morgan heir John Morgan a few years ago. The new housewife told People magazine that her divorce was part of the reason she turned down the show the first time around.

"The show had reached out to me, but I was too chicken. I was freshly divorced," she said.

But when she saw the show, she felt a bit jealous.

"I saw how well the girls were doing and they were blossoming. LuAnn and Ramona were totally renewed. I even saw Alex metamorphosing," she said. "They're having fun, writing books, making appearances. I wanted to do that."

She also told the magazine she knew Singer, her now-co-star, from their early days in New York.

"Ramona and I knew each other when we were single - working out together on 61st Street - when we bought our first apartments, first fur coats (back then it wasn't so bad). Then we both got married and had children," she said.

The episode Morgan made her debut on involved the Brooklyn Fashion Weekend event, where Ramona walked the runway in one of the shows, and Bethenny discovering she was pregnant.