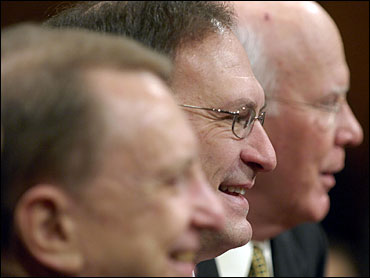 Matching the NBA's top two teams, the game had playoff atmosphere and intensity.

"It was an absolute war all game," said Seattle's Vin Baker, who scored 33 points, seven in overtime and three on a 55-footer to end the third quarter, to lead the Seattle SuperSonics to a 113-108 victory Friday night over the Los Angeles Lakers.

"We were going back and forth, and they missed some baskets and we were able to capitalize."

Seattle led all the way until Shaquille O'Neal, who had 44 points, hit a fallaway jumper to tie it at 97-97 with 18 seconds left and force the overtime.

"We kind of won it twice," Seattle coach George Karl said. "We gave it back to them in the first session and then our courage came through in the second session and we won the game."

"Shaq had an unbelievable game."

O'Neal, who also had 12 rebounds, said: "It was very frustrating. This was a game we really wanted to win. We came up kind of flat and they did everything right. I don't think we played well."

Seattle increased its Pacific Division lead to three games over Los Angeles. The SuperSonics are 39-11 and the Lakers 35-13.

"We knew coming into the game that they were very pumped up; they wanted to make a statement to us," Baker said. "We thought that we made one up in Seattle (a 101-95 win last month), so this was a very important game to us."

Gary Payton added 30 points - 15 on 3-pointers - and nine assists for Seattle, and Baker had 10 rebounds.

Robert Horry had 15 points and 14 rebounds for the Lakers.
The Lakers' Kobe Bryant missed a 3-point try with six seconds left in overtime and the Lakers behind 111-108. Detlef Schrempf made two free throws for the final margin.

The SuperSonics scored 36 points on 12-of-23 shooting from 3-point range, including 5-of-8 by Payton, and 3-of-6 by Sam Perkins. Baker was 1-of-1, with his shot from near halfcourt hitting nothing but net at the third-quarter buzzer.

After the Lakers finally drew even to send the game into overtime, Perkins put Seattle ahead to stay with a 3-pointer that made it 103-102 with 2:50 left.

The Lakers came tantalizing close several times during the third period, but each time they drew near, it seemed, Payton hit a 3-pointer.

Baker's dramatic shot gave Seattle a 77-71 lead going into the fourth quarter, after Payton was 4-of-5 from beyond the arc to keep the Lakers playing catchup during the period.

After a miserable first quarter, when they scored just 15 points and trailed by 11, the Lakers got back into it by outscoring Seattle 25-18 in the second quarter. O'Neal led the comeback with 13 points, and Los Angeles was within 44-40 at halftime.

O'Neal played only the first four minutes of the first quarter before Elden Campbell replaced him.

The SuperSonics began the game with an 11-2 run and led 26-15 at the end of the quarter, as O'Neal didn't score a single point.

Notes: The Laker' 15 first-quarter points marked their second slowest start of the season. They had 14 points in the opening period against Houston on Dec. 22 and still won, 94-83. ... Baker led the SuperSonics with 23 points in the earlier meeting between the two division foes at Seattle. ... The SuperSonics have fared poorly in the Forum over the years, with a 19-66 all-time record in Inglewood heading into the game.