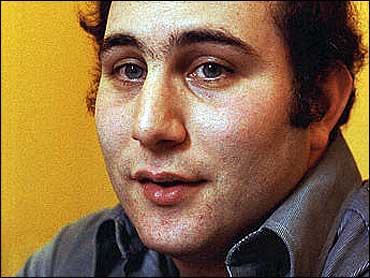 David Berkowitz, the "Son of Sam" killer who terrorized New York City during the sweltering summer of 1977, was denied parole Tuesday in his first chance for release after 25 years behind bars.

The two-member parole board said Berkowitz showed "limited understanding of the motivation" for his crimes. The board called his crimes "atrocious" and noted Berkowitz recently wrote to Gov. George Pataki saying he deserved to be in prison for the rest of his life.

Berkowitz, 49, is serving time at the Sullivan state prison in Fallsburg, about 80 miles northwest of New York City.

He was sentenced to six consecutive 25-years-to-life terms for shooting six people to death and wounding seven in a series of attacks he said were ordered by a neighbor's dog.

Berkowitz targeted young couples parked in cars in lovers' lanes and young women with long, dark hair. His nickname came from a note he left at one shooting scene, which read: "I am a monster. I am the Son of Sam."

In his letter to Pataki dated March 25, Berkowitz said he had "disgraced myself for the rest of my life" and could offer no reason why he should be considered for parole.

"In all honesty I believe that I deserve to be in prison for the rest of my life," he wrote.

After it was reported that publishers were offering Berkowitz huge sums for the rights to his story, the Legislature passed a law in 1977 barring criminals from profiting from their crimes. The U.S. Supreme Court struck down the Son of Sam Law in 1991 on free speech grounds, but legislators soon enacted a revised version that stands today.

Berkowitz will be eligible for another parole hearing in two years.