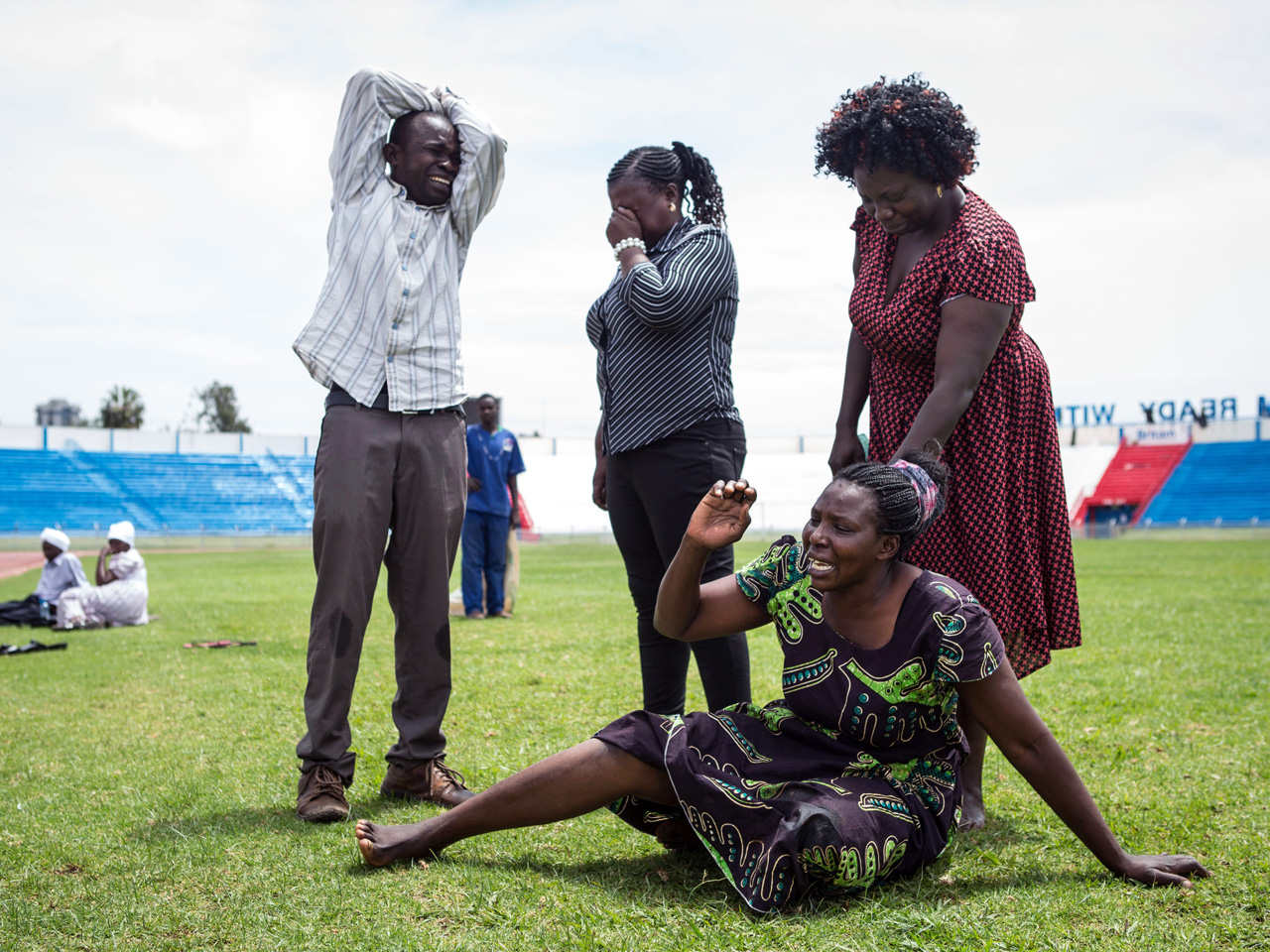 GARISSA, Kenya - The son of a Kenyan government official has been identified as one of the gunmen who attacked a Kenyan college where 148 people were killed, authorities said Sunday.

Abdirahim Mohammed Abdullahi, one of the Islamic extremists who attacked Garissa University College, was the son of a government chief in Mandera County, Interior Ministry spokesman Mwenda Njoka told The Associated Press.

The chief had reported his son missing last year and said he feared that he had gone to Somalia, said Njoka. All four attackers were killed by Kenyan security forces on Thursday, said police.

Abdullahi graduated from the University of Nairobi with a law degree in 2013 and was viewed as a "brilliant upcoming lawyer," according to someone who knew him. It is not clear where he worked before he disappeared last year, Njoka said.

To prevent an escalation of Islamic radicalization in Kenya, it is important that parents inform authorities if their children go missing or show tendencies of following violent extremism, said Njoka.

Somalia's al-Shabab Islamic militants claimed responsibility for the attack on Garissa college Thursday saying it is retribution for Kenya deploying troops to Somalia to fight the extremist rebels.

The news that one of the attackers was Kenyan came as grieving Christians prayed, sang and clapped hands at an Easter Sunday service at a Catholic church in Garissa.

CBS News found Achieng at a makeshift shelter set up for the shell-shocked victims of the siege. At one point, she said she heard a phone ring. It was the mother of one of the students taken hostage.

"He took the phone from her and told the lady that 'I'm going to kill your child right now, so know it's the last time you're going to hear her voice, so hear me kill her,' and I heard a gunshot," Achieng said.

Security forces patrolled the perimeter of Our Lady of Consolation Church on Sunday, which was attacked by militants almost three years ago. Grenades lobbed at the building sprayed shrapnel into the interior, injuring some worshippers. Another Garissa church was also attacked that day and 17 people were killed.

Sunday's ceremony was laden with emotion for the several hundred members of Garissa's Christian minority, which is fearful following the attack by al-Shabaab, a Somalia-based Islamic extremist group. The gunmen who attacked Garissa University College on Thursday singled out Christians for killing, though al-Shabaab has a long record of killing Muslims over the years.

"We just keep on praying that God can help us, to comfort us in this difficult time," said Dominick Odhiambo, a worshipper who said he planned to abandon his job as a plumber in Garissa and leave for his hometown because he was afraid.

"Thank you for coming, so many of you," Bishop Joseph Alessandro said to the congregation. He said some of those who died in Thursday's attack would have been at the service, and he read condolence messages from around the world.

Alessandro saw a parallel between the ordeal of Jesus Christ, which Easter commemorates, and that of Garissa.

Alessandro, who is from Malta, first came to Garissa in 1989 and was shot and injured by bandits on a trip outside the town several years later. He said there had been development in recent years in the area, as well as an increase in insecurity because of al-Shabaab.

"You don't know who they are. They could be your neighbors," he said. A heavy security presence only helps up to a point and more intelligence on the militants is needed, he said.

The church service was spirited, combining incense, candles and other traditions with local, upbeat singing styles. Worshippers swayed to the rhythm of the hymns in the simple structure, with latticed walls that let light and a breeze through rectangular openings. Fans mounted above images of the stations of the cross helped to cool the crowd. Birds chirped from the upper reaches of the high ceiling, which consists of metal sheeting.

Roseline Oduor said she is worried because the church had been attacked in the past.

"Having courage as a Christian, we just have that faith with coming to church," Oduor said. "We have gone through what Jesus went through."

She said: "When the day comes, you cannot run away from death, whether under a tree, in bed, anywhere."

The Islamic militants said the attack on Garissa college was in retaliation for killings carried out by Kenyan troops fighting the rebels in Somalia.

"No amount of precaution or safety measures will be able to guarantee your safety, thwart another attack or prevent another bloodbath," said al-Shabaab.

In a nationally televised address, Kenyatta said his administration "shall respond in the severest ways possible" to the Garissa attack, in which four gunmen entered the campus and slaughtered students. The military moved in hours later and the gunmen were killed.

"We will fight terrorism to the end," said Kenyatta. "I guarantee that my administration shall respond in the fiercest way possible."

Kenyatta said the country's "security forces are pursuing the remaining accomplices. We will bring all of them to justice ... We are also in active pursuit of the mastermind (of the Garissa attack) and have placed a reward for his capture," said Kenyatta, who declared 3 days of national mourning.

Five people have been arrested on suspicion of involvement in the Garissa attack, a Kenyan official said.