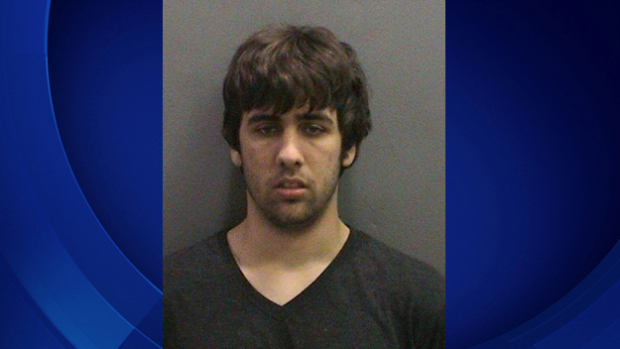 Ashton Sachs, who's being held without bail, was arrested Thursday night after being questioned by investigators at the Orange County Sheriff's Department, Lt. Jeff Hallock said.

Bradford Sachs, 57, and his ex-wife, Andra Sachs, 54, were found dead Feb. 9 in their 9,000-square-foot San Juan Capistrano home after authorities received a 911 call from inside the residence, according to the station.

Ashton Sachs, a college student who has resided in the Seattle area since fall of 2013, was not living at the residence at the time of the murder, officials said.

The couple's 8-year-old son was also wounded in the deadly shooting and remains hospitalized.

Authorities say two teenage girls were present in the residence at the time of the shooting, but were unharmed. The couple had five children in total, according to the station.

Investigators say the couple, who was living together at the time of the killings, had extensive real estate holdings and a history of questionable business dealings.

Detectives found no evidence of forced entry to their home, according to CBS Los Angeles.

No motive has been identified in the killings.